Big Pharma Will Fall Like Media, Music, and Money 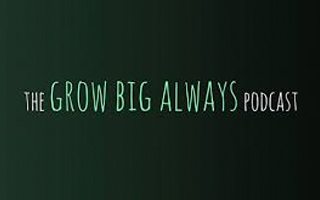 Sam Lawrence begins this podcast talking about nootropics, but seems pleasantly surprised to explore the various avenues him and Jordan end up venturing down. Listen in for an intriguing talk about why our current systems of mass control are failing, what systems are beginning to rise in their place, and what that means for the evolution of our autonomy.

I guess I hadn’t stopped to think that one reason why government seems so insane right now is that the “governing” they’re trying to manage across wealthy, huge institutionalized structures like music, media, money, pharma, education, transportation— are fast becoming super-decentralized. All of them are fast evolving due to a tectonic shift in control. In this way, Governments themselves are just another “Woolley Mammoth System” like them. Like it or not, their Ice Age is ending.

We’ve all watched various forms of power-decay impact these systems. Have you stepped back and wondered where all this is headed? That’s not what I anticipated talking about with this week’s guest, Jordan Greenhall. I thought we were going to talk about Nootropics. That’s where we started but Jordan quickly aimed the conversation at the dead center of these trends.

I was first made aware of Jordan and the Neurohacker Collective because some of his folks attended a podcast and dinner party for a show I did with “The Iceman” Wim Hof (co-hosted by author Chris Ryan). Jordan was one of the cofounders of DivX, was at mp3.com and the guy has been dabbling with a massive spectrum of things from philosophy to role-playing games. Most of his interests have come back to the co-evolution of human civilization and technology. Jordan has come to the conclusion that humanity is in the midst of a world historical transition. As he puts it, it’s likely to kill us all (Mad Max) or see us in an amazing future (Star Trek).

Either way, humans are going to need a significant upgrade. That’s what the Neurohacker Collective is focused on. They have a Nootropic called Qualia that’s gotten a lot of buzz (so to speak). I know for sure it felt like my brain got an upgrade and yours will too by the end of this awesome episode.