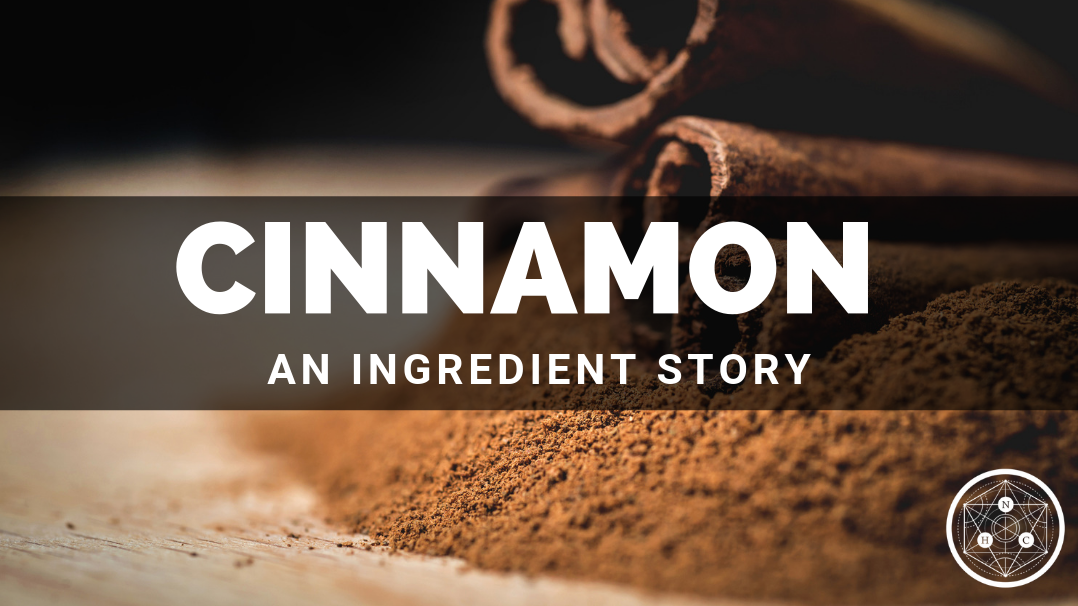 Cinnamon is one of the world's oldest spices. Along with pepper and ginger, it was a big part of the spice trade between Asia and Europe. Cinnamon trees are native to India, Sri Lanka, Indonesia, and Burma. What we think of as cinnamon comes from the inner bark of several different tree species from the genus Cinnamomum.

Like many herbs and spices, cinnamon was historically used in both cuisine and as an ingredient in traditional healing. While the former usage had been maintained, the possibility that cinnamon might offer functional health benefits had larger been ignored. This changed when a 2003 study reported that cinnamon might help support healthy blood sugar levels. Since then, dozens of placebo trials have investigated cinnamon. This growing resume led to cinnamon being on our initial list of ingredients to research for possible inclusion in Qualia Life.

One of the goals of the formulation is to improve cellular energy production in the form of ATP.

Making ATP requires fuel molecules, such as sugars and fats. But before sugar molecules can be used to produce ATP, they have to get into cells. This is where cinnamon comes into the picture, helping upregulate processes that lead to cells taking up and using sugars.*

Reading through all of the research on cinnamon convinced us that it was a formula fit. In addition to supporting healthy blood sugar, cinnamon helps prevent cross-linking of sugary molecules, offering nutritional protection against a process called glycation that contributes to cellular and tissue aging.* Cinnamon activates important cellular communication molecules including AMPK (the master cellular energy sensor) and sirtuins (regulators of metabolism).* Cinnamon also contributes to gut microbiome health and antioxidant defenses.* And, it has shown additive benefits when combined with another important ATP nutrient called creatine.

After reviewing the research, the question wasn’t whether to include cinnamon; it was “which cinnamon?” Some studies have used the equivalent of ground up cinnamon sticks. Other studies have used proprietary cinnamon standardized extracts. We felt it was important to go with a proprietary extract for a few reasons. First, the dose required to produce a response has been a lot lower when standardized cinnamon extracts have been used. This is important to us in Qualia Life because the formulation contains many other ingredients. When these ingredients are added together at relevant doses the result is a lot of capsules. So being able to do the same (or more) with less total mg of cinnamon was important because it helps reduce capsule count.

It was also important for us to go with a branded extract because all cinnamon hasn’t performed the same in research studies. In general, the cassia cinnamons have produced better blood sugar responses than zeylanicum cinnamons. We wanted to go with a cinnamon that had a track record of results. For our purposes this meant choosing a cassia extract that had been used in human studies. This was our second reason.

Cassia cinnamons contain higher amounts of a compound called coumarin, which is found in all cinnamons, as well as fruits such as strawberries, black currants, apricots, and cherries. Coumarin is thought to be produced as part of a cinnamon tree’s defense mechanisms (i.e., to discourage predators and protect itself). Many plants defense compounds are hormetic, which essentially means they might be helpful in small amounts but harmful in high amounts. The bottom line is that when it comes to hormetic compounds it’s important to make sure we don’t consume too much. This is the last reason we went with a standardized extract: We wanted to be safely under recommendations for daily coumarin intake, so felt it was critical to choose an extract that was monitored for coumarin content.

We selected Cinnulin PF®—a standardized Cinnamomum burmannii bark extract—because it met all three criteria. Each lot is monitored for coumarin concentration, with the final product containing no more than 0.7% coumarin.

Cinnulin PF is a trademark of IN Ingredients Inc.