Ergogenics: An Exploration of the Benefits of Nootropics for Athletes 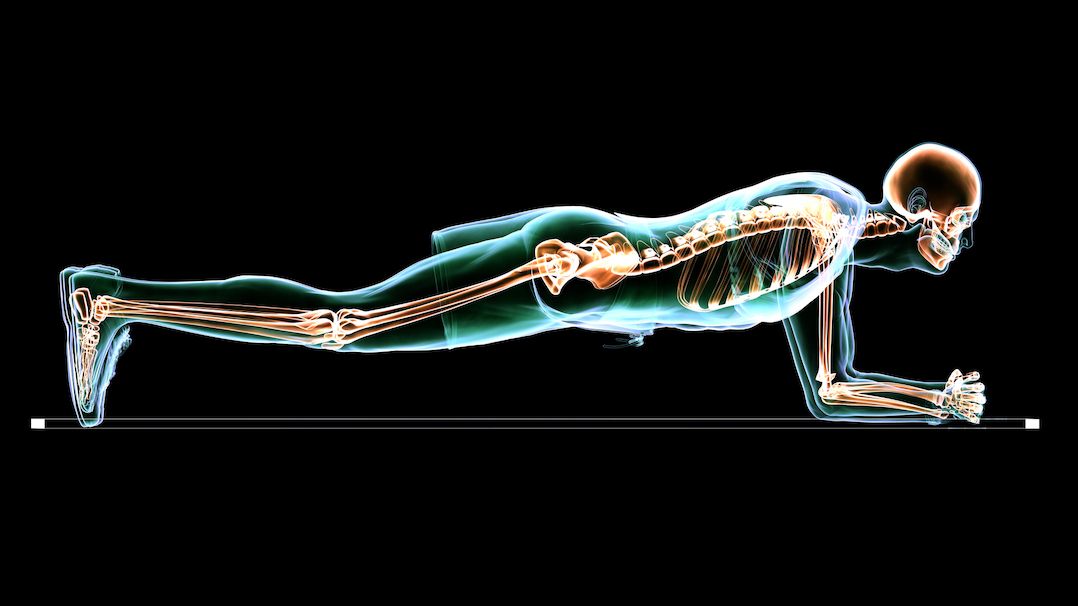 Bodybuilders and strength athletes have been ahead of the curve in terms of supplementation In 1966, Arnold Schwarzenegger, one of the most well-known bodybuilders ever, used strategic supplementation to improve his physical performance. This happened eight years before Romanian chemist Corneliu E Giurgea coined the term “nootropic.”1

Schwarzenegger and his compatriots pushed the boundaries of supplementation to support muscle growth, strength, and recovery. They understood that time spent exercising in the gym was only a small part of the puzzle. Endurance athletes have developed their own strategies, but almost all high level athletes use some form of supplementation to improve physical performance. The supplements athletes use to boost performance are thought of as ergogenics: This is the category of dietary supplements intended to support physical performance, stamina, or recovery.

In this blog post we will discuss some of the ergogenics commonly considered tools for physical performance and how they may also have nootropic effects as well.

There is a fine line between ergogenics and modern-day nootropics. Due to the way traditional Chinese and Ayurvedic medicine explained some herbs and adaptogens, they were first used for physical performance, though are more popular today for boosting cognitive health. In contrast, some of the synthetically derived chemicals from recent decades were developed as brain altering nootropics and found use within athletic performance communities afterwards.

The classic stereotypical ergogenic substance is creatine (most commonly sold as monohydrate). Bodybuilders and strength athletes have used creatine to support muscle size and strength, but the same mechanism that offers physical performance benefits also supports the brain.

I have consumed creatine monohydrate for 6 years and still recommend it to most people as the first place they should start for improving mental performance. Monohydrate is the form of creatine that is most well-researched: It’s the form I take and I have seen pretty clear benefits physically and mentally using it. The subjective feeling of added ATP intracellularly is too hard to distinguish, but I notice the effects of creatine when I stop taking it, which is while I travel.

The Neurohacker Collective published an episode of The Collective Insights Podcast with Greg Potter from HumanOS.me as a guest. In the episode, Greg mentions that creatine is his go-to supplement when traveling. He uses it instead of caffeine to help adjust his body clock to the new time zone.

Creatine may be commonly associated with sports and fitness purposes, but caffeine is probably the most popular.

As one of the world’s most common stimulants, caffeine produces a distinctive subjective feeling of alertness (i.e., wakefulness or arousal) that endears it to both athletes and nootropics enthusiasts. In fact, almost every pre-workout product that I’ve seen has copious levels of caffeine.

The science readily validates the subjective feelings associated with caffeine. One study found low and moderate doses of caffeine late in the exercise could help boost performance in cyclists.4 Caffeine interacts with adenosine receptors and delays the perception of fatigue. If you want to read more about the science on caffeine’s cognitive and exercise functional benefits, a good place to start is A review of caffeine’s effects on cognitive, physical and occupational performance. 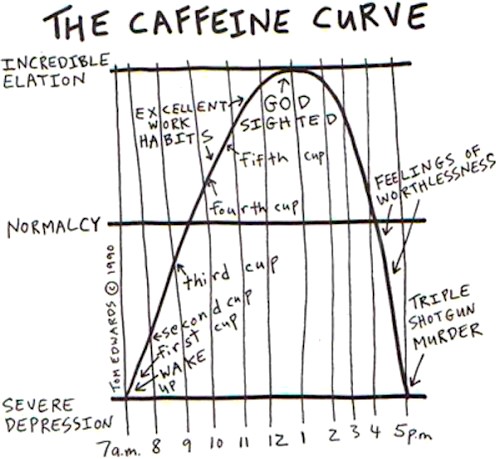 Caffeine is subject to the Yerkes-Dodson law, an adaptational model that can help us understand how we respond to different amounts of something. Low-to-moderate doses of caffeine improve arousal and performance, but, as the model suggests, too high a dose of caffeine can hurt performance because too much arousal instead becomes nervousness and irritability.

Doses of caffeine starting as low as 50 mg have produced better brain performance, while 200 mg tend to be the lower end for ergogenic performance. My experience matches the research. I can get away with using a higher dose when I am using caffeine to boost physical activity (i.e., before exercise), but lower amounts help me perform mental activity better. This may be one reason why physical performance supplements generally have way more caffeine than nootropics, but my suggestion is to be mindful of caffeine intake (both in terms of dosage and frequency).

Amino acids are the building blocks of muscle tissue so it is unsurprising that strength and performance athletes have used L-carnitine since the 1980s. One study published in 1991 suggested that supplementation of L-carnitine could be beneficial for endurance and short-distance athletes.5

Acetyl-L-Carnitine (ALCAR) is a naturally occurring derivative of the amino acid L-carnitine, which has become popular within the nootropic community. Animal models suggest acetyl-L-carnitine can modulate nerve growth factor (NGF) and acetylcholine. Studies in humans show that ALCAR can provide anti-fatigue support in elderly,6 which may suggest a combined physical and cognitive benefit of the substance.

Rhodiola rosea is an herb known as an adaptogen, which supports the body in adapting to stress. The first use of rhodiola for physical performance was Vikings in Scandinavia who did so to preserve physical robustness hundreds of years ago.7

The most notable benefit of rhodiola is as an anti-fatigue herbal adaptogen for both physical and mental tasks.8

Many nootropics lovers recognize ashwagandha as a tool for supporting mood, relaxation, and sleep. Ashwagandha seems to blur the line between physical and cognitive performance more than others on this list. One study found Sensoril (a trademarked version of ashwagandha) improved cognitive and psychomotor performance including reaction time.9 Another study showed benefits on concentration and mental stamina.10 Both of these may seem subtle for physical performance, but as we discussed, mental stamina is crucial for staying motivated to workout.

Other evidence points to a more direct application with physical performance. A recent study concluded that ashwagandha could improve upper and lower body strength tested through one rep max in squats, peak power, and repetitions to failure with bench press.11 Another exercise study measured chest and arm muscle size, and similarly found that  ashwagandha had ergogenic benefits.12

Nootropics enthusiasts and biohackers have fallen in love with the ketogenic diet as of late, but the majority of scientific evidence focuses on exogenous ketones (an alternate fuel source for the brain and body than glucose) for physical performance. One study in Cell Metabolism found exogenous ketones could support endurance performance by 2-3% in a 30 minute time trial.13 The study showed ketone esters lowered blood lactic acid, decreased protein breakdown, and a host of other advantages.

The research is exemplified by two specific thought leader examples including Peter Attia, M.D. who went many years as an endurance athlete on a ketogenic diet and with the support of exogenous ketones.14 He first introduced me (and presumably many others) to exogenous ketones when he spoke on the Tim Ferriss podcast in December 2014. Ben Greenfield also experiments and discusses using exogenous ketones (specifically ketone esters) for both physical and mental benefits. The scientific literature also suggests positive cognitive effects in animal models.15

For the Brain or Body? 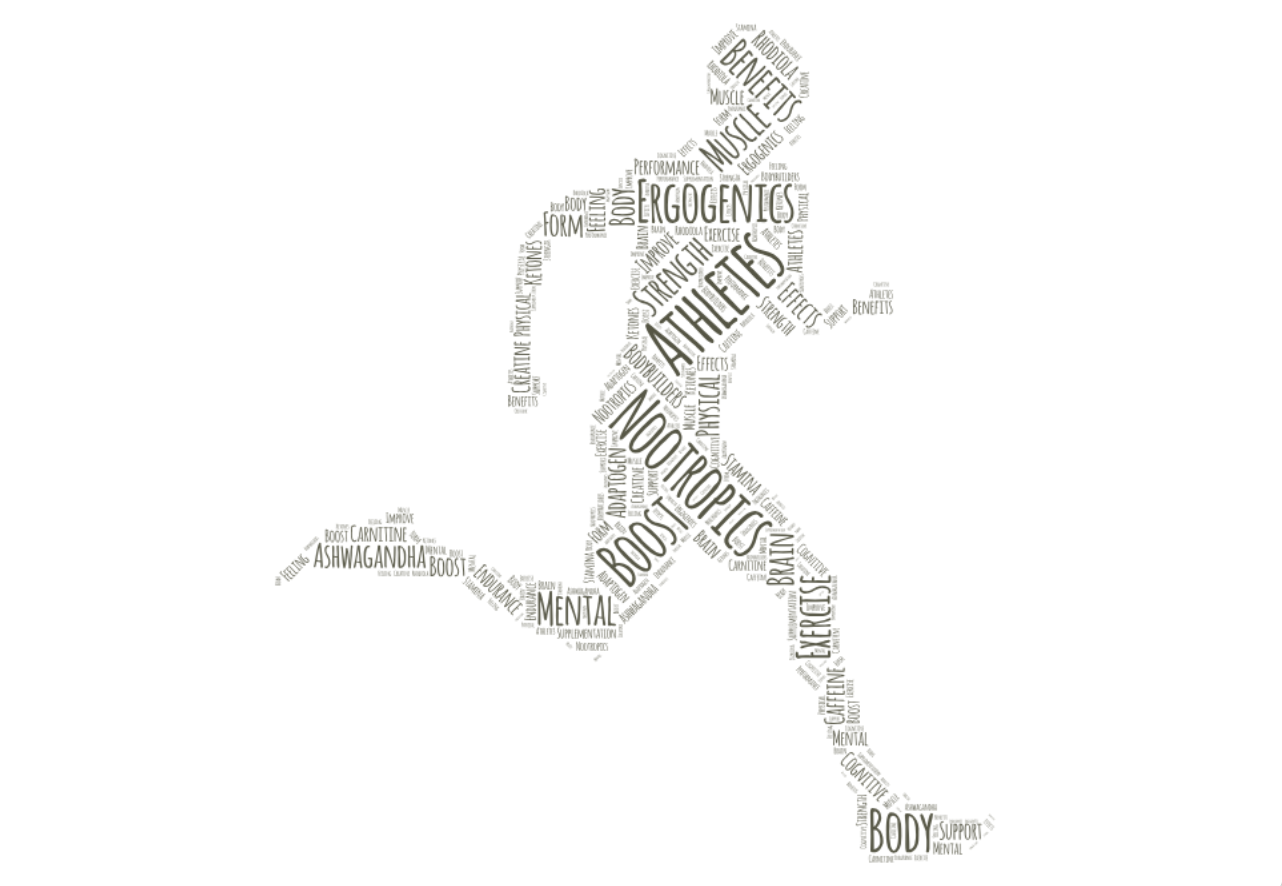 As we described in Workout Motivation, our brain and body are connected because humans are a complex system. Metrics we would ordinarily consider physical, rely on cognitive inputs and vice versa. While we have listed six ergogenic supplements that may be used primarily for supporting physical performance, there is almost always some form of overlap with nootropics and cognition.