Neurohacking, Evolutionary Philosophy, and the Future of Humanity 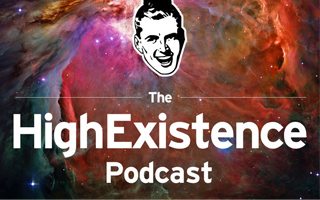 Jon Waterlow from the HighExistence Podcast brings Daniel Schmachtenberger on his show to discuss Neurohacking, Evolutionary Philosophy, and the Future of Humanity.

Ecological disaster is looming; the world economy is choking on principles born in the Industrial Revolution; and our media is polluted with “fake news”: humanity is standing at a truly dangerous crossroads.

Are we a caterpillar about to morph into a butterfly, or a caterpillar unthinkingly eating itself to death and decimating its natural environment?

To think about any of these fundamental issues means fearlessly crossing disciplinary borders, imagining new paradigms rather than patching up old ones, and being able to consider the individual and the collective simultaneously.

Daniel Schmachtenberger is a thought leader in all these respects and more. Daniel is a modern-day Renaissance Man: among other things, he’s an Evolutionary Philosopher, a Systems Designer, a Strategist, and he’s a founder at Neurohacker Collective – a movement dedicated to upgrading our individual and collective capacities and to safeguarding the wellbeing of all.

In this fascinating episode, we ask Daniel how we can equip ourselves for the challenges ahead, moving from how to optimize our mind-brain-environment complex to be our best selves, to redesigning the education system so that we cultivate rather than stamp out our natural curiosity.

We ask how we can unify our species toward shared goals without relying on fear and scarcity as motivators; how to have healthy, meaningful conversations about divisive topics like cultural appropriation; and why the concept of “nations” must die – and soon.

This discussion will make a lot of people angry. But to advance and to survive, we have to be willing to shake many of our core assumptions to their foundations.

Part of maturity is having a mature relationship with certainty and uncertainty inside of ourselves. You could call it epistemic maturity.

– Daniel Schmachtenberger
Daniel challenges us to reassess our relationship to certainty: too much, and we suppress alternative voices and cultivate an unhealthy ego; too little, and we end up in a postmodernist, “post-fact” world which, as Jordan Peterson has warned, erodes personal responsibility and morality itself.

Economics is just made up Monopoly; our governments are made up systems. But ecology isn’t. And biology isn’t. And psychology – there are intrinsics to it, even though there’s plenty of made up stuff in there. So how do we understand those better so that we can work with them in ways that support real thriving of the things that are fundamentally meaningful?

– Daniel Schmachtenberger
For Daniel, it’s clear that solutions are neither simple nor obvious because they do not exist within the present system. The answer is therefore to build new systems that don’t work on win-lose dynamics: we need to find a better game to play.

– Daniel Schmachtenberger
At the personal level, this means recognizing our profound interdependence to each other and the environment surrounding us. We are individuals, but we’re individuals that cannot exist separate to the rest of the world.

At the heart of Daniel’s message is a call for us to take personal responsibility, both for our own sake and that of the people around us. To be the change we want to see in the world, Daniel challenges us to:

Really work for answers without assuming any authority already has them. […] Activate yourself as an agent of sense-making.