Nootropics for Energy: How Athletes Use Smart Drugs as Ergogenics 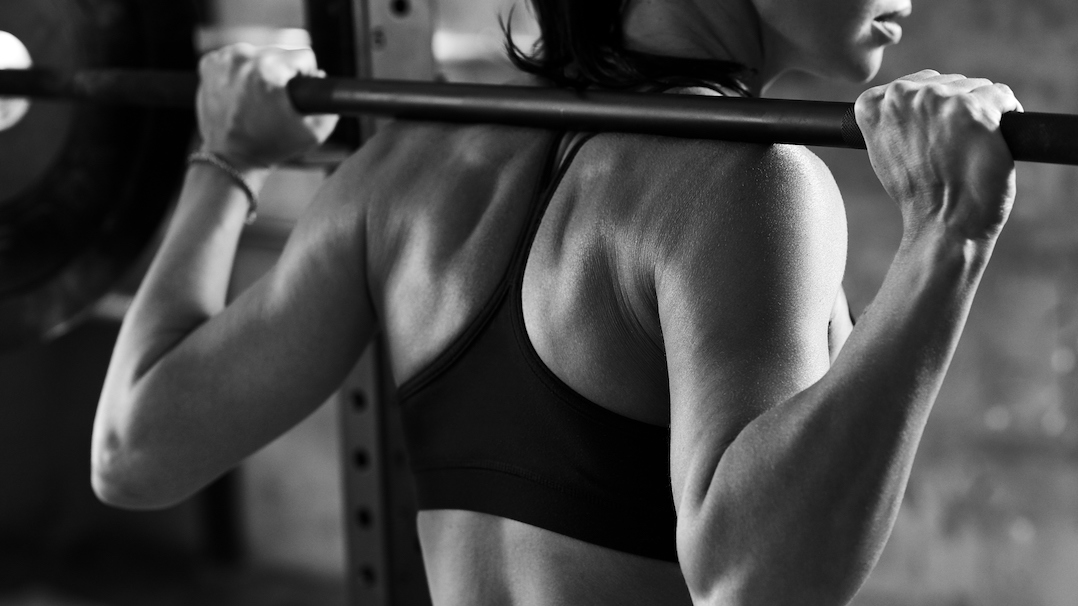 Some of the first regions to embrace nootropic supplements and smart drugs were financial and technology powerhouses like Silicon Valley and Wall Street. While high level executives might disproportionally use nootropics to get ahead, it is obvious there are many other use cases including enhanced physical performance.

In this article we will cover some well-studied nootropics that also have physical enhancing effects.

Choline As an Ergogenic

The Institute of Medicine (IOM) has classified choline as an essential nutrient. One of choline’s main uses supports cognitive function via the cholinergic system. This signaling system utilizes a neurotransmitter called acetylcholine and is responsible for neuromuscular function. From the inception of the term “nootropic” in 19741, the cholinergic system was a primary target for scientists. Dr. Corneliu E Giurgea synthesized a compound called piracetam, which interacted with the cholinergic system to promote memory and learning ability.2,3

Since then, numerous cholinergic compounds have been developed, isolated, or studied to support cognitive performance. Many support physical performance as well.

One of the most efficient choline sources (by weight)4 is alpha-glycerophosphocholine (A-GPC). It is a cornerstone of many popular nootropic stacks. A-GPC has been used to support mental energy for many years, but several studies also suggest a role in physical performance.

A 2008 study reported that A-GPC supplementation could increase power output (measured by peak force) by 14%.5 This pilot study also noted changes in growth hormone secretion, a response that would be expected to support muscle recovery and growth.

A more recent study of 13 males found that only 6 days of A-GPC supplementation could increase isometric strength.6 Another 2017 study found benefits for mechanical power and psychomotor performance. The authors succinctly concluded “Based upon this evidence, and previous evidence regarding A-GPC, it should be considered as an emerging ergogenic supplement.”7

A-GPC may be compelling for athletes for a few reasons. For one, the cognitive effects of A-GPC are well studied so this could be considered “knocking out two birds with one stone.” The dose range for enhancing physical performance in the scientific literature is between 250 - 600 mg per day, which is within the realm of many nootropic-based products. Finally, the downside (side effects) of using A-GPC seem minimal, especially when dosed at the lower end of this range.

Citicoline (i.e., CDP choline) is another source of raw choline (similar to A-GPC), but with some unique properties exclusive to this nootropic. For one, citicoline converts into uridine, which on its own supports aspects of cognitive performance.

A-GPC has had the most ergogenic research of any choline-containing nootropic, but a recent 2019 study of 75 participants found that citicoline (in the form of trademarked Cognizin®) promoted motor speed in healthy adults.8 Because sports performance (games like football, soccer, or lacrosse) relies heavily on motor speed, this research suggests a fit for citicoline as a sports nootropic.

The nootropics community generally considers A-GPC and citicoline to be the best choline supplements for promoting cognition. This is in part because they are thought to be more bioavailable, and require lower doses. But choline bitartrate at higher doses might also have a role in supporting the communication between our nervous system and muscles, and as a result, physical performance.

Two grams of choline bitartrate taken 70-minutes before visuomotor testing promoted improved coordination and visual acuity. With the added acetylcholine, the body improved the balance between speed and accuracy.9

Beyond the cholinergic compounds discussed above, there are numerous substances that improve other biomarkers that athletes will find valuable. Here are more nootropics to round out the list.

Phosphatidylserine is a vital molecule for cognitive function because it is part of our cell structure and maintenance of cell function; it’s also a nutrient that acts a bit like an adaptogen, promoting a healthy stress response.

A study published in the Journal of International Society of Sports Nutrition found that phosphatidylserine could support athletes with exercise-induced stress.10 Supplementation with phosphatidylserine blunted the increase in cortisol commonly seen with moderate activity.

A 2013 study in the American Journal of Clinical Nutrition found that participants who had a low dietary intake of omega-3 fatty essential fatty acids (such as DHA) saw improvements in their reaction time when they consumed 1.16 grams of DHA per day.12 Since diets low in omega-3 fatty acids are common in the western world this finding is relevant to a fairly large percentage of the population.

A ratio of 1:1 or 2:1 omega-6 and omega-3 fatty acids is recommended. Most standard American diets (SAD) are in the range of 10:1 to 25:1.13,14 To put this ratio in perspective, from the last omega-3 test that I did, my ratio was 4:1, which is still not in the optimal range despite eating fish, taking fish oil supplements, and eating lean wild game meat.

Even though the link between DHA and enhanced athletic performance is still understudied, one could hypothesize that optimizing this fatty acid would be highly advantageous for brain and body energy.

Dr. Con Stough is one of the pre-eminent researchers in the world of pycnogenol (pine bark extract) at Swinburne University. During an interview I did with him in 2016 we spoke about its nootropic potential. Beyond the many cognitive advantages, there’s some evidence pycnogenol can support athletic performance as well.

A study in the Journal of Sports Medicine and Physical Fitness concluded that pycnogenol could support normal subjects and semi-pro athletes during physically demanding activities, such as the triathlon.15 The study was broken into two parts with doses of 100 mg / day and 150 mg / day of pycnogenol, respectively. The lower dose was studied for fitness performance using the Army Physical Fitness Test (e.g., 2-mile run, sit-ups).The higher dose was used in triathletes training for and participating in a race. In both settings, and at both doses, supplementation promoted better performance. Most notably in the triathletes, the pycnogenol group experienced “... significant decrease in cramps and running and post-running pain...faster recovery…” For endurance athletes, pycnogenol may not only support performance, but make the events more comfortable as well.

As scientists understand more about the connection between mind and body, supplementation that blurs the lines between the two is becoming more popular.

One such example of this is NooLVL, a proprietary bonded arginine silicate supplement from Nutrition21, that seems to positively impact athletic and cognitive performance. Instead of focusing on being categorized as a nootropic or ergogenic, their research emphasis is going after both categories from the beginning.

According to the NooLVL research material, bonded arginine silicate prevents the cognitive function decline caused by strenuous exercise. Within 15 minutes of supplementation, mental acuity and processing speed increase 33% compared to baseline. Finally, the NooLVL seems to support nitric oxide production, which can boost energy levels in a non-stimulatory way.

This is a single example of how an ingredient might support both nootropic and ergogenic goals, but the trend of blurring the lines between the two is growing

A Unified Brain and Body

In Workout Motivation: The Science of the Brain's Role in Exercise, I discussed how the brain and body are unified and working together. Mental fatigue influences our physical performance and vice versa. Within the nootropics and athletic performance communities, I am seeing a complex approach to total human enhancement starting to grow. Supplements for athletic performance are including nootropic elements, while mind enhancing nootropic stacks are supporting exercise. This trend suggests an increasing understanding of the complex human system, which will continue to serve us in reaching our cognitive and physical goals.