Qualia Nootropics: The Complex Intelligence Behind Their Formulation 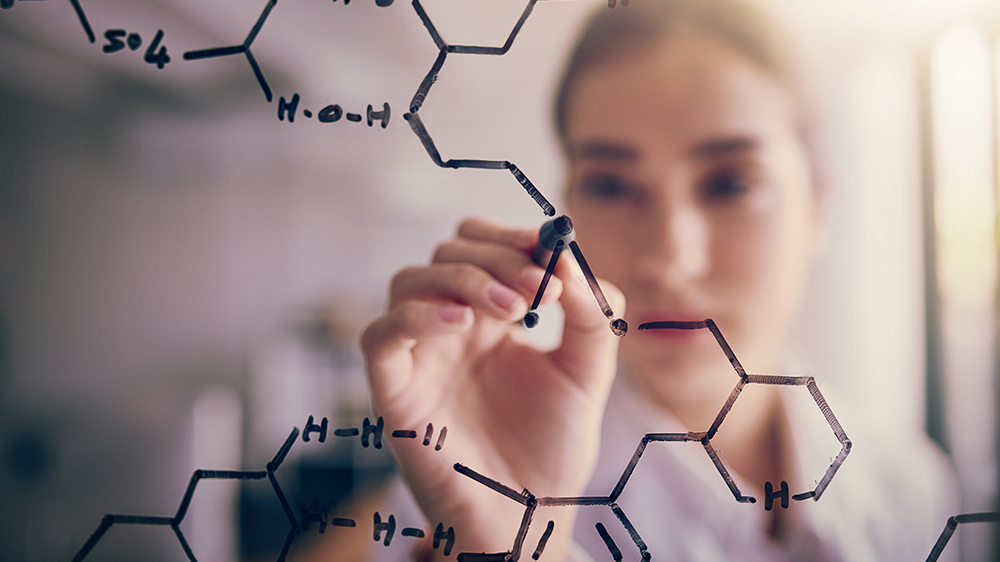 Qualia nootropics were designed to promote a sustained improvement across the whole pallet of objective capacities and subjective states that contribute to optimized, creative, productive flow states. This goal required factoring many creative-productive capacities simultaneously.

Human capabilities and subjective experiences—including flow state—are mediated by biological processes in our brain and physiology. Many nootropics are focused on only optimizing neurochemistry for short-term effects. At Neurohacker Collective, we’re interested in going several steps further. While delivering immediate short-term effects, we take a longer-term approach and support cognitive health benefits, including neuron and synapse development, mitochondrial fitness, cell structure integrity, and neural complexity. And, we want to help build resilience, which might be thought of as creating a more fit and capable system. Because of this, when we designed Qualia nootropics, we considered multiple areas including:

We mapped all of the physiological pathways and process known to correlate to the states and capabilities. We then explored the complex interactions between these pathways and processes to better understand the meta-regulatory system as a whole. Finally, we mapped all the nutrients and biochemical interventions known to positively and sustainably enhance any (and every) aspect of that metasystem, factoring for synergies between those nutrients and chemicals. The result is our Qualia nootropic product line.

Neurohacker Collective takes a complexity science—the science of complex adaptive systems—approach to formulation. At the core of this design, the approach is the acknowledgment that our brain (and body) is a complex and tightly self-regulated array of interconnected neurochemical processes that are capable of learning and adapting as they face real-world challenges.

At Neurohacker we want to understand how the complex system is self-regulating and support it in ways that allow for endogenous upregulation of healthy function. We want to look at metabolic pathways and provide resources and support for the whole pathway. Also, we want to look for and support efforts at adaptation, with the goal of helping a system become more resilient and able to function in a range of situations and respond to new challenges.

At the core of our formulation design was the understanding that trying to push a single pathway in one direction is pointless, as it will quickly spring back, or cause an imbalance in something else. If we’re aiming for a sustained and overarching outcome, we need to focus on benefiting the whole system and keeping its dynamic balance. We understand that it’s easier to support a whole system if we support many key steps along its regulatory pathways.

The goal isn’t to support one set of traits at the expense of the other; it’s to support the adaptive capacity to switch between different types of states when they are needed.

At Neurohacker we believe this high-level goal can only happen if, instead of pushing the system one way or the other, it is given a full complement of the resources it needs, which it can then use to be better able to adapt and respond, to do what it needs to do at any given moment.

Our purpose was to create technology to enhance the brain’s adaptive capacity rather than imposing an outcome at the potential detriment of others. We wanted to give the brain what it needs to meet emergent cognitive demands on its own and to do so more efficiently and successfully. This was our key design criteria.

3. Supporting Complexity of an Outcome

A cascade of events and processes supports each outcome. For example, to improve memory, it is necessary to support acetylcholine signaling, but memory also requires proper glutamatergic signaling, synaptic plasticity, long-term potentiation (LTP) and intracellular signaling. Likewise, to improve focus, motivation and emotional resilience, dopamine signaling must be supported. We know that none of these signaling systems exists in isolation—they are all influenced by proper neuroendocrine function. And, they are affected by things outside the brain—the bloodstream (and organs that cleanse it), the endocrine (i.e., hormonal) system, the gut-brain axis, and more. So, we want to consider all of these pathways in the design process, but we want to do so in a way that acknowledges their interconnectedness and interdependence (i.e., a complex systems focus). Neurochemistry is important, but it isn’t something that works or exists in isolation.

Neurochemical signaling processes, as well as cellular maintenance functions, requires energy. This means supporting cellular energy production and mitochondrial function (i.e., the energy-producing parts of our cells). Optimal energy production requires an adequate supply of oxygen and nutrients,  and the ability to remove and/or neutralize byproducts of metabolism, including oxidative and inflammatory molecules. Delivery and removal are done via the blood (i.e., cerebral blood flow), and protection means supporting detoxification, antioxidant and anti-inflammatory systems. While designing our Qualia nootropic formulations, we knew that to sustain our major outcome goals, we had to support all of these entwined processes.

Delivering on these goals required a meta-system approach. It required seeking to more thoroughly understand the physiological systems and pathways, as well as their key regulatory points, underlying each cognitive, executive, or emotional process we wanted to support. It required understanding how those physiologic pathways self-regulate and help regulate each other, and where pathways can become bottlenecked (i.e., rate-limiting steps) or lose adaptive capacity, and how they can be supported to function more optimally.

By understanding the intricacies and mutual dependence of physiological processes and pathways, we determined which steps we should nurture. Then, we undertook a comprehensive survey of ingredients known to affect those pathways, reviewed the scientific literature to understand primary and secondary mechanisms of action, along with pharmacodynamics, kinetics, and more. We were able to make educated choices of ingredients which could help sustain the dynamics of each pathway, by targeting multiple steps of a pathway, with special emphasis on rate-limiting steps. While choosing from the multitude of ingredients that could serve our purpose, we took into account how a set of ingredients, as a whole, would support (1) each physiological outcome we wanted to promote,  (2) cognitive and subjective outcomes we sought to enhance, and (3) overall general and adaptive effects on the rest of the body.

5. Making the Most of Ingredient Synergy

Because of these general design principles, the choice of ingredients for our formulations is generally not merely based on one single property of each ingredient. Our choices take into account other effects of each ingredient, with goals of designing for positive synergies and avoiding negative synergies. Ingredient decisions also factor for the potential of side-effects, drug interactions, bioavailability, delivery dynamics, and more.

With our formulation design principles, we hoped to achieve a comprehensive enhancement of multiple pathways built upon a synergy of ingredients. In some cases, synergies between ingredients led us to use lower doses of some individual ingredients than what would be typically used in isolation. When we do make this type of dosing decision, we make it with the goals of the ingredient and formula in mind.

These principles, as well as considerations about ingredient forms, bioavailability, delivery mechanisms, and interactions, guide our formulation decisions. The final result is choosing ingredient forms and dosages that can achieve the desired outcomes, while being within well-tolerated ranges (i.e., safety), based on scientific studies and available reported experience (clinical or quantified self).*

To learn more about the ingredients in Qualia Mind and the pathways they work along toward these desired effects, read Qualia Mind: The Building of a Nootropic Stack