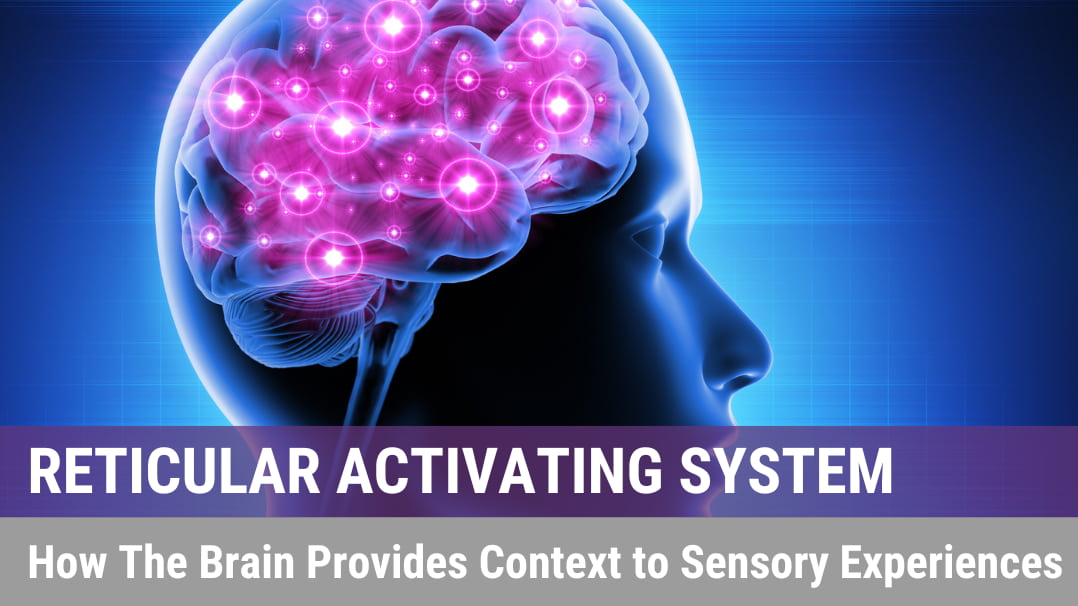 Have you ever wondered how your brain decides what it is focusing on? Or why one person is extremely observant about one aspect of their surroundings while another person is observant about something entirely different? As makers of the most advanced focus supplement on the market, Qualia Mind, our science team has been obsessed with the part of the brain that regulates focus.* The truth is that everyone can benefit from acquiring a general understanding of our innate Reticular Activating System, as it is central to how, when, and why we focus on something. The environments we live in have way too much going on for us to notice, so our brains have to determine what information to hone in on, or ignore. And to understand how that is done, a good place to start is understanding the Reticular Activating System.

What is The Reticular Activating System?

The Reticular Activating System (RAS) is a neural system involved in the regulation of sleep–wake cycles, arousal, alertness, attention, and motor fight-or-flight responses. The RAS is formed by neurons of the reticular formation, a structure located in the brainstem, of the thalamus, and of the cerebral cortex, as well as by the neuronal circuits that connect them [1].

The reticular formation sends signals via the thalamus to the cerebral cortex to influence which sensory inputs reach awareness and come to our conscious attention. This is an important function because it keeps our brain from being overloaded with sensory information [2].

Selective Attention: How The Brain Filters and Processes Thoughts, Information, and Actions

The world around us is constantly bombarding our senses with stimuli, but our mental capacity is limited, so we can only process a certain amount of information at any given time. To prevent overload, attention must be selective. The brain manages its limited resources by filtering incoming information based on what it deems relevant for our goals at any given moment. This entails silencing irrelevant sensory inputs but letting relevant ones come through. Which stimuli get through the brain sensory filter is governed by selective attention, which is under the control of the RAS [3].

The world around us is constantly bombarding our senses with stimuli, but our mental capacity is limited, so we can only process a certain amount of information at any given time.

Selective attention is the ability to focus awareness on relevant information, thoughts, or actions while ignoring irrelevant and distracting stimuli. What captures our attention is determined by its relevance to current behavior and goals, as well as our interests, experiences, and expectations. The RAS is involved in the process of registering incoming sensory inputs, assessing its content, and determining whether or not our limited attentional resources will be mobilized [4].

What captures our attention is determined by its relevance to current behavior.

Our senses provide the content of our sensory experiences, but by controlling what reaches awareness, the RAS provides the context [2].

Whether or not a stimulus reaches awareness is determined by the level of arousal it generates in the brain and this is under the control of the RAS. Stimulation of the RAS triggers sensory stimulus-induced responses, focusing the responses to those specific sensory inputs [5].

The threshold for awareness of a stimulus is determined by its relevance to our goals at any given moment, as well as by our previous experiences and by whether it’s perceived as a threat. For example, if you hear a loud bang, even while totally immersed in an activity, you will reflexively pop up your head and check it out. This is a survival behavior because a loud noise may be a sign of danger. It is called the startle response and it is modulated by the RAS. Such strong stimuli simultaneously activate RAS signaling to the cerebral cortex to cause arousal and signaling back from the brain to the spinal cord via the RAS to cause postural changes and trigger locomotor fight-or-flight responses, i.e., it gets your body ready to attack or escape [7].

Sensory inputs that do not break into awareness are nonetheless producing brain responses. Incoming information forms a continuous background of activity of which we are not entirely conscious. It is only if we direct attention to specific stimuli that we become conscious of them. The RAS acts as a continuous background monitor of our senses assessing every input at a preconscious level. Neural circuits of the RAS integrate sensory information with our goals and memories, and when they match, the RAS allocates attentional resources to those inputs [4].

The RAS favors novel or different input and silences repetitive stimuli. The RAS is responsible for our habituation to repetitive stimuli that in isolation would be strong enough to draw attention [8]. For example, if you’re by the sea, you won’t be startled by every single wave that crashes against the shore. At some point, you won’t even consciously hear them.

The RAS is responsible for our habituation to repetitive stimuli that in isolation would be strong enough to draw attention.

The RAS is also responsible for the relative lack of sensory awareness during slow wave sleep, as well as for the lack of muscle tonus during REM sleep. It's because of the RAS that we don’t act out our dreams [9].

Examples of Selective Attention Controlled by the Reticular Activating System

Let’s provide context to this neuroscience. This is what selective attention looks like in everyday life:

You’re at a party talking to a friend in a crowded room where everybody’s talking, but if someone across the room says your name, you hear it. Also, you’re not hearing every conversation going on around you. But if someone mentions something that interests you, you hear it. This is the RAS directing your attention to a relevant stimulus.

You’re in a crowded place searching for a friend. You’ll notice anyone who has the same distinctive features as your friend, such as curly dark hair, but disregard anyone who doesn’t. This is the RAS directing your attention to a relevant stimulus.

You bought a red car, which you believed to be an uncommon color for a car. Now you see red cars everywhere and it almost feels as if it’s the most common car color. This is the RAS directing your attention to a relevant stimulus. You never noticed red cars before because they weren’t relevant and the RAS blocked them out. But now that you own one, they’ve become a relevant stimulus.

[This is known as selective attention bias, also known as The Red Car Syndrome or Baader-Meinhof Effect.]

Can RAS be Supported Nutritionally?

The RAS system is just one of countless aspects that make up our overall perception of the world. And all aspects of brain function which comprise our cognitive health rely on the nourishment in (or not in) our diet. Qualia Mind was created to support healthy RAS function for optimal cognitive health along with a broad spectrum of other cognitive health benefits. The 28-research backed nootropic ingredients in Qualia Mind promote better focus, mood, memory, and mental energy. Start promoting your own better mental wellness with Qualia Mind.*