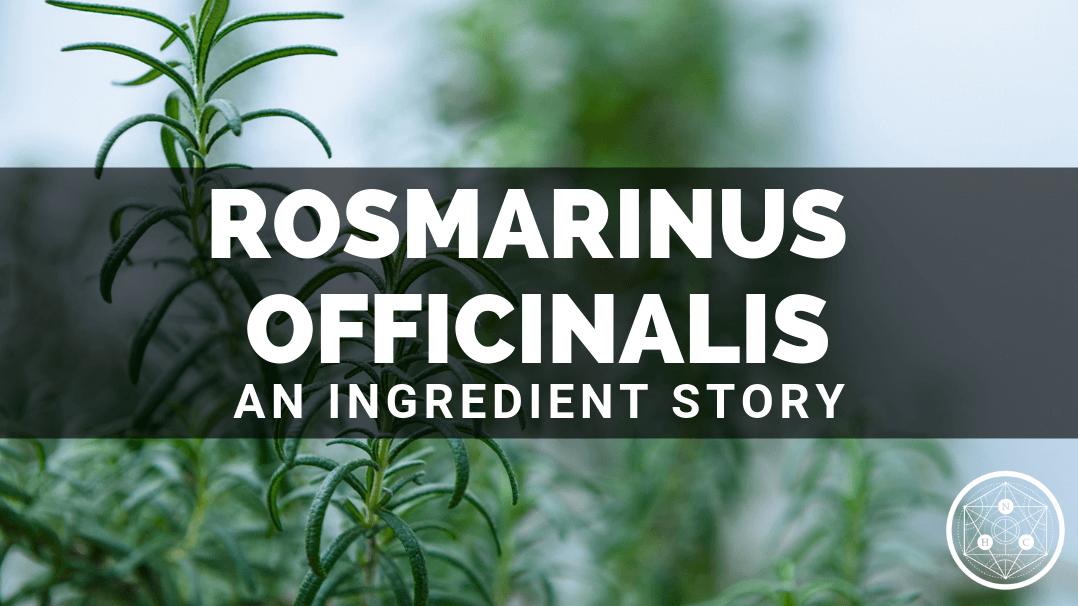 What is Rosmarinus officinalis?

Rosemary is a member of the mint family. Its common name derives from Latin and translates as “dew of the sea,” because it thrives close to the coast in dryer areas throughout the Mediterranean. It was used as a spice and folk medicine by Egyptians, Greeks, and Latin cultures.

While rosemary contains a range of health-supporting polyphenols, including carnosol, carnosic acid, and rosmarinic acid, our main interest was in a triterpene called ursolic acid. Triterpenes are a category of plant compounds that includes the gypenosides found in Gynostemma pentaphyllum (included in this formula) and the ginsenosides from ginseng. They are produced by plants as part of their self-defense mechanism, so tend to concentrate in areas that come in direct contact with the external environment.

Ursolic acid falls into this category. It was identified in the waxes of apple peel in the 1920s. While all apples contain some ursolic acid, the amount varies about 4-fold depending on variety. Fuji and Smith apple varieties are the best source, with the peel of a medium-sized apple containing about 50 mg. Ursolic acid is also found in the peels of other fruits, and in kitchen spice herbs like basil, rosemary and thyme.

Our interest started when we were reading an article about calorie restriction and exercise mimetics (i.e., compounds that mimic some of what occurs in response to these behaviors) and found ursolic acid mentioned in a section on resistance training mimetics—dietary supplements that mimic some of the responses to weight training. After doing a comprehensive review of the research on ursolic acid we were sold.

In general, ursolic acid produces a growth response in skeletal muscle, promoting development of new muscle fibers and muscle rejuvenation. It also mimics cellular and mitochondrial processes that are stimulated by exercise (e.g., antioxidant defenses, insulin sensitivity, mitochondrial biogenesis) and upregulates AMPK (master regulator of energy), sirtuins (master switches of metabolism) and a pro-longevity enzyme called klotho. And its influence on these has been substantial compared with some other studied dietary compounds. As an example, ursolic acid has activated sirtuin 1 with about double the impact of the most studied sirtuin activator, resveratrol.*

When it came to sourcing ursolic acid, we opted for a rosemary extract for two reasons. First, ursolic acid from rosemary extract is what has been used in human clinical studies. Second, rosemary itself fits in the overall Qualia Life formula, especially in supporting antioxidant defenses, detoxification pathways, and cellular protective functions.* Since ursolic acid (and the rosemary extract it’s from) is being used in combination with a number of other polyphenol-containing ingredients, we dosed it at what we consider to be the lower end of a hormetic dosing range, providing roughly the ursolic acid equivalent someone would get from eating three Fuji apples a day.