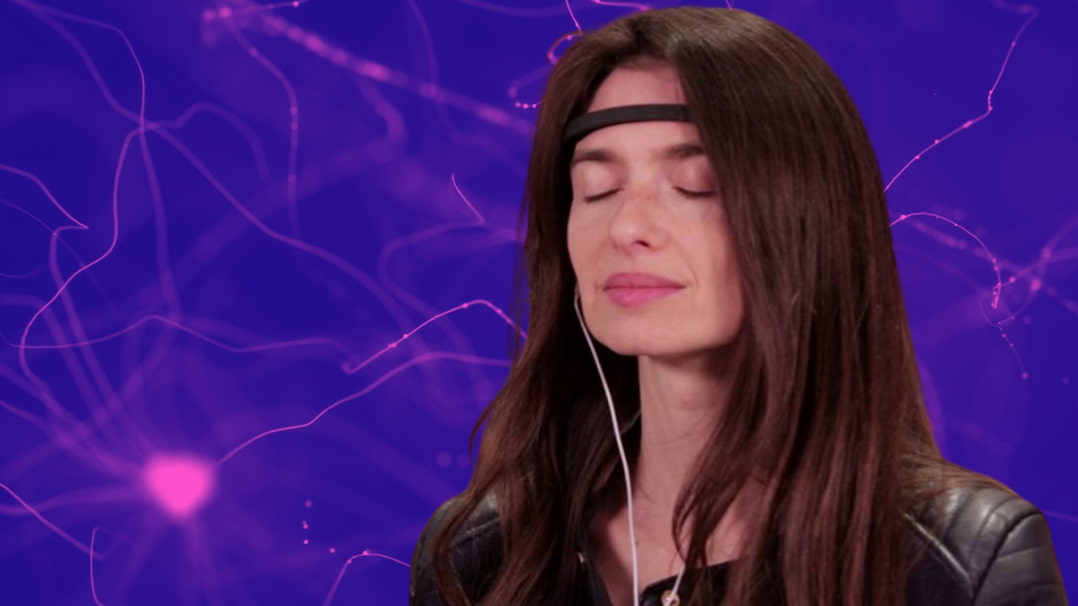 It’s well established that meditation results in greater mental clarity and decreases stress. But can meditation make significant, actual changes to the brain? Yes. The studies referenced in this article reveal mindfulness practices bring about positive physiological changes, making the connection between meditation and the brain more profound than ever before.

How Meditation Impacts The Prefrontal Cortex

A study by Dr. Eileen Luders suggests that people who meditate have stronger connections between brain regions and show less age-related brain atrophy. Dr. Luders studied the aging of the brain, based on different morphological characteristics, and compared this data against the brains of meditators and non-meditators. In so doing, she unearthed evidence that long-term meditators have brains that, on average, look 7.5 years younger than non-meditators. In regards to the study Dr. Lueders states, “If practiced regularly and over years, meditation may slow down aging-related brain atrophy, perhaps by positively affecting the immune system.”

If practiced regularly and over years, meditation may slow down aging-related brain atrophy, perhaps by positively affecting the immune system. - Eileen Lueders, Ph.D

There is a “but.” While it is tempting to assume that the differences between the meditators and non-meditators constitute actual meditation-induced effects, there is still the unanswered question of nature versus nurture. “It’s possible that meditators might have brains that are fundamentally different to begin with,” Dr. Lueders says.

Still, meditation appears to be a powerful mindfulness exercise with the potential to change the physical structure of the brain, at large. 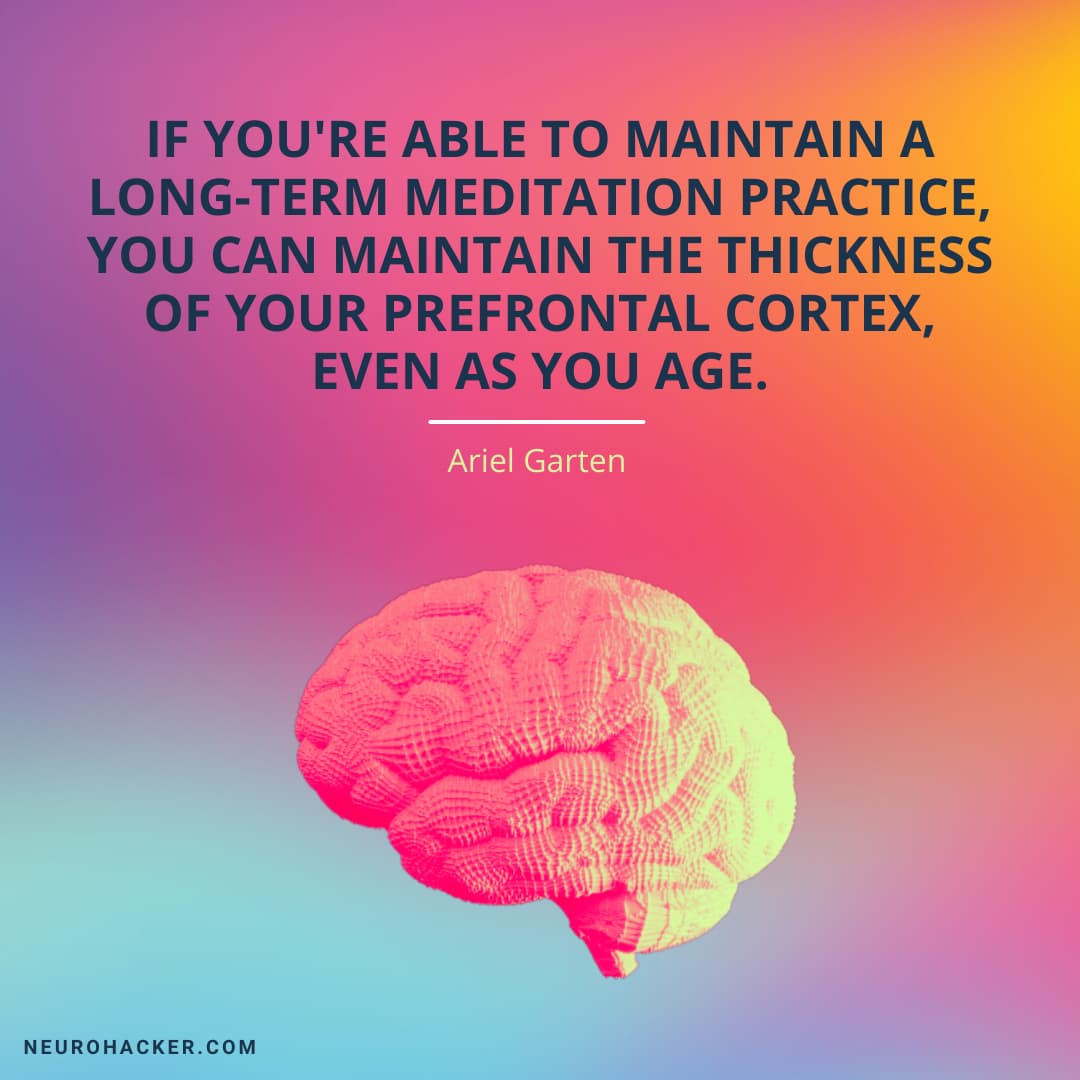 The Connection Between Meditation and Working Memory

Research demonstrates mindfulness training can protect against proactive interference in working memory. These benefits are related to hippocampal volumetric increases. One of the likely reasons for this meaningful change is that stress has been shown to decrease hippocampal volume over time, the seat of our learning and memory. As we engage in long-term meditation practices, we’re down regulating our stress and cortisol levels, and this has a protective effect on the size of our hippocampus.

As we engage in long-term meditation practices, we’re down regulating our stress and cortisol levels, and this has a protective effect on the size of our hippocampus.

Meditation also helps us improve our attention and decrease our distractions, making it much easier to hold the contents of our working memory as we weave together concepts and encode the memories we essentially learn from. Meditation’s impact on working memory is well illustrated by this study where college students who performed a short meditation practice before studying for their GRE, significantly improved exam scores.

How Meditation Rewires The Anxious Brain

A fascinating study confirms that after an eight-week course of mindfulness practice, the brain’s “fight or flight” center, the amygdala, shrinks. The amygdala, associated with fear and emotion, is involved in the initiation of the body’s response to stress.

As the amygdala shrinks, the prefrontal cortex – associated with higher-order brain functions such as awareness, concentration and decision-making – becomes thicker.

The “functional connectivity” between these regions – i.e. how often they are activated together – also changes. The connection between the amygdala and the rest of the brain gets weaker, while the connections between areas associated with attention and concentration get stronger. The result? Our more primal responses to stress seem to be superseded by more thoughtful ones during mindfulness practices.

Our more primal responses to stress seem to be superseded by more thoughtful ones during mindfulness practices.

Let’s illustrate it by saying the prefrontal cortex is a parent who's able to objectively assess a situation and the amygdala is the child who's having a meltdown, because there's a shadow on the wall. Through meditation practice, the prefrontal cortex (parent) is able to rise above a physiological experience, look at the reality of the situation, make an assessment, and then communicate to your amygdala (scared child) "Shh, everything's okay, everything's fine."

Learn More About The Meditation-Brain Connection

Numerous studies show that meditation makes significant, actual changes to the brain. Neurohackers recognize the power of meditation to optimize focus, creativity, and long-term brain health and value neuro tech like the Muse headband to help them build a consistent meditation practice.

This article was built from a Collective Insights podcast discussion with Ariel Garten, Co-founder of InteraXon, the makers of Muse. To dive deeper listen to the entire episode here: Episode 106 with Ariel Garten.