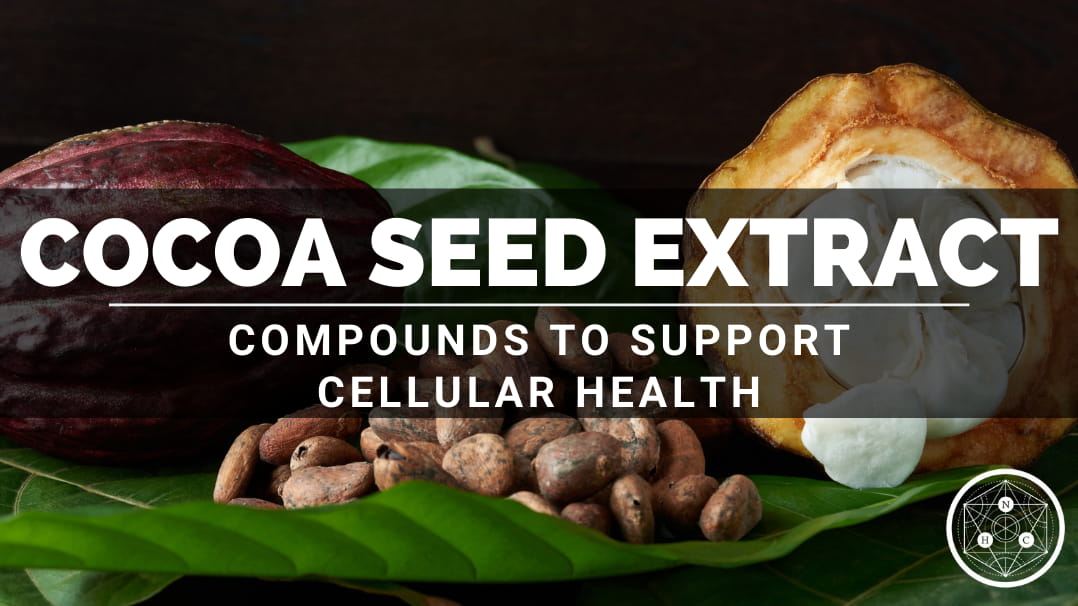 What is Theobroma cacao?

Theobroma cacao can be translated as chocolate (or cocoa), food of the gods. This tree is native to the tropical regions of the Americas. The seeds (usually referred to as beans) are the source of the cocoa used to make chocolate. Over the past decade chocolate has had a blossoming reputation as being heart and brain healthy.* These areas may be the tip of the cocoa health iceberg, so to speak.

One of the scientific findings that peaked our interest in sourcing a cocoa extract was a small study that looked at changes in mitochondrial structure and function.* Mitochondria are best known for producing cellular energy in the form of ATP. This occurs on the inner folds of the mitochondrial membrane called cristae. In general, having a higher density of cristae means that the capacity for producing ATP would be greater. The same would be true if something were able to increase the size and number of mitochondria. In the study, eating dark chocolate did both.* The key driver of this process appears to be polyphenols called cocoa flavanols, which are typically found in higher amounts in dark chocolate than milk chocolate.

When we did a deeper dive into both cocoa, and its cocoa flavanols, the fit for Qualia Life became stronger and stronger. We realized that having cocoa bean extract (and other food extracts rich in polyphenols such as French red grapes) should positively influence multiple areas of cell function and mitochondrial performance.*

Having both cocoa extract and French red grape extract should positively influence multiple areas of cell function and mitochondrial performance.

Once we decided to add cocoa extract the next step was coming up with a suitable source. Cocoa is in theory a good source of cocoa flavanols. But in practice, flavanol content of cocoa products varies widely from one cocoa product to the next. This occurs largely because of how cocoa is processed—a lot of the cocoa flavanols are lost during processing of the cocoa beans unless care is taken to preserve them. The result is that some cocoa products can have very low flavanol content, while others can have more, but most of what's on the market does not guarantee an amount. To further complicate sourcing, a number of cocoa flavanol patents have been granted, which becomes an issue for sourcing cocoa extracts if you want to find one with a guaranteed amount of cocoa flavanols.

Our search for a source eventually led us to find a company that has invested many years perfecting processes that allow them to retain high amounts of cocoa flavanols and has a license to the patents. This product is ACTICOA®; it’s the cocoa bean extract included in Qualia Life.