Understanding the Function and Benefits of Huperzine A 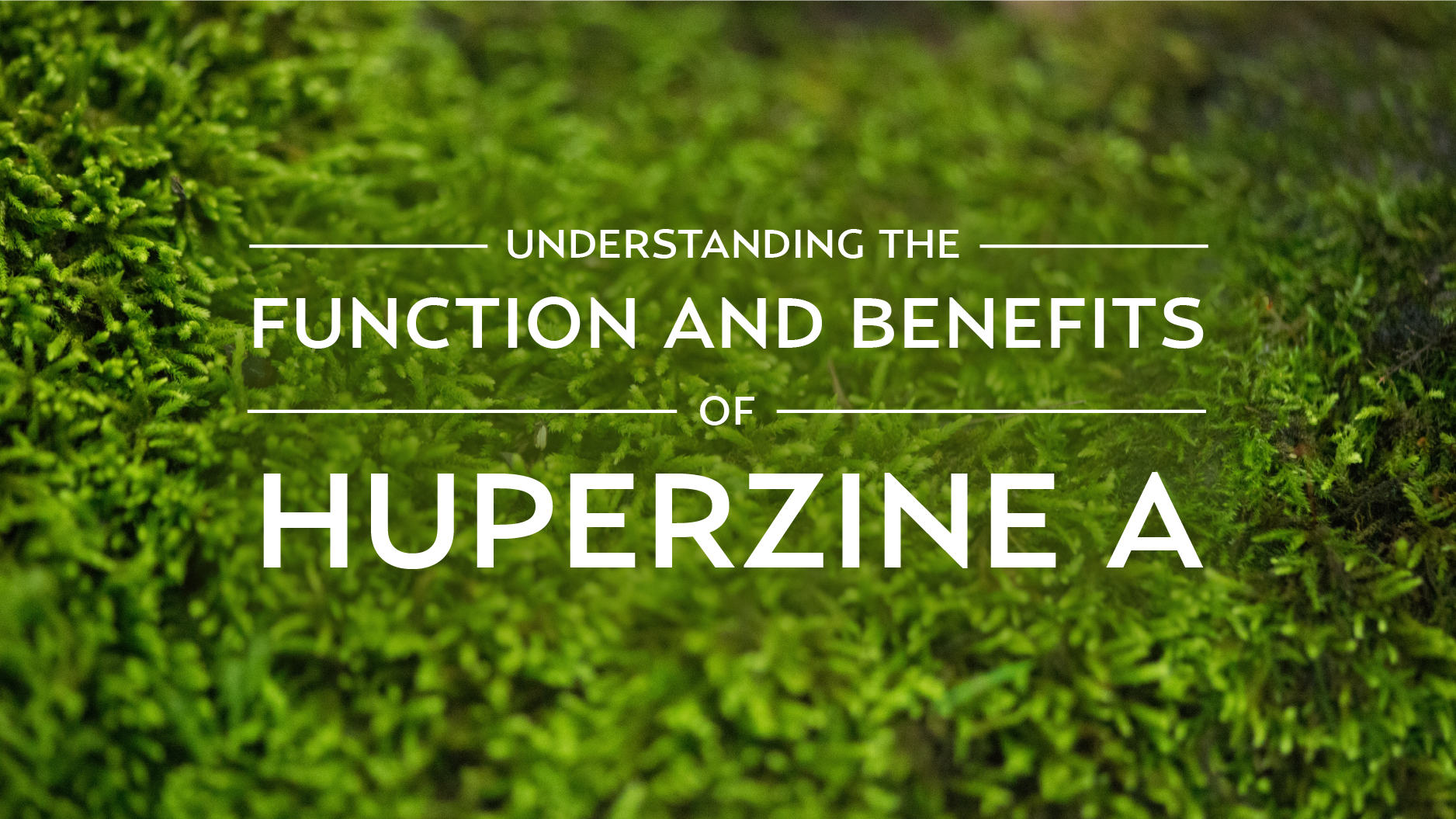 What is Huperzine A?

Huperzine A is commonly used as an ingredient in nootropic supplements and is found naturally in Chinese club moss Huperzia serrata, from which the nootropic gets its name.

Historically, Chinese club moss has been used for medicinal purposes, with one of its main uses being to help clear the mind. Modern research into huperzine A for brain support and function lend credence to this traditional usage.

The Benefits of Huperzine A

The two main reasons huperzine A is included in nootropic stacks are related to its possible benefits on memory and acetylcholine signaling.*

Most people who take nootropics want to support their memory. Huperzine A might help with that objective.* In a study of teenage students, a small dose of huperzine A (50 mcg) taken twice daily for 4 weeks improved several aspects of memory and learning performance.*1  Huperzine A has also received significant research attention for supporting memory and cognitive performance during aging.*2 If you happen to be struggling with certain aspects of memory, or if want a little boost to pick up a new skill or learn a new subject, huperzine A may be worth investigating.*

Acetylcholine is a neurotransmitter and neuromodulator (i.e., a messenger molecule released by nerve cells to signal and regulate other nerve cells). It plays important roles in cognitive function, most notably, in the neural mechanisms of memory. In addition to this memory function, acetylcholine is involved in supporting alertness, attention, and learning.

Huperzine A might offer other benefits. It has a reputation for increasing REM sleep (dreaming stage of sleep) and lucid dreaming*—this reputational effect has not been studied but would presumably be related to acetylcholine. The compound also has some neuroprotective qualities which are important for maintaining a healthy brain.*

Many nootropic stacks include huperzine A, so finding it shouldn’t be difficult. As more people learn about the benefits huperzine A might provide, it’s likely we’ll see it become more widely used among the health-conscious.