What Is The Citric Acid Cycle? 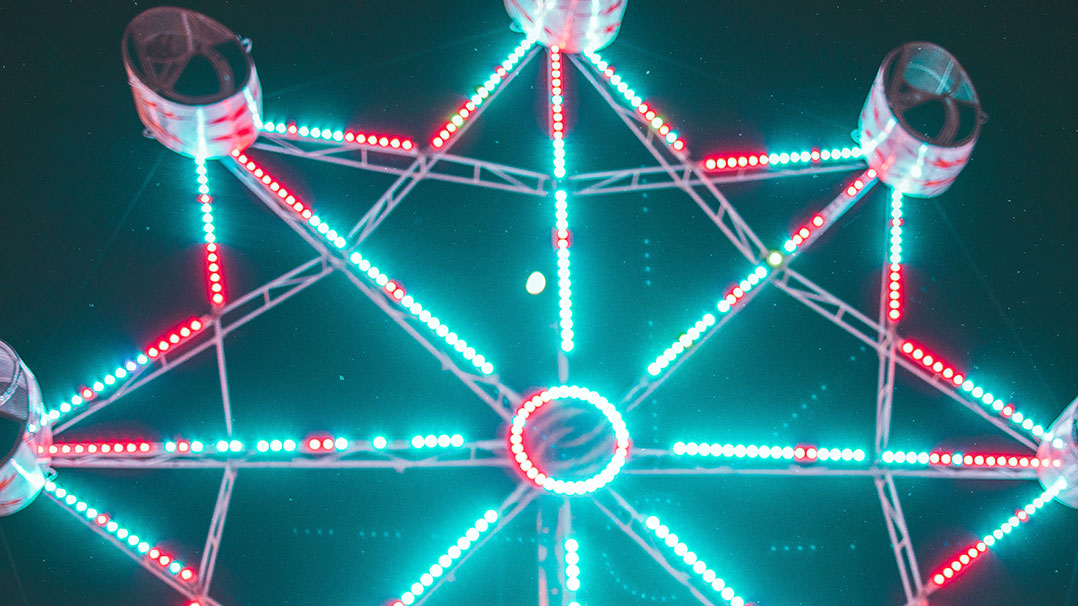 What Is The Citric Acid Cycle?

The citric acid cycle, also known as the Krebs cycle or tricarboxylic acid (TCA) cycle, is a circular loop rotating through eight organic acid intermediates (e.g., citrate, malate, oxaloacetate). The intermediate products formed in this cycle (see figure 1) are used to build molecules including proteins, DNA, and RNA. This cycle also plays a critical role in moving cell energy production forward, because it is the first pathway of the final stage of energy extraction from nutrients, in which carbon units are fully oxidized.

The acetyl-CoA molecules gained by breaking down sugars through glycolysis and fats via fatty acid oxidation (also called beta-oxidation) provide the fuel for the citric acid cycle, with each turn of the cycle consuming one molecule of acetyl-CoA. In their respective metabolic pathways, glucose and fatty acids are sequentially broken down into two-carbon units called acetyl groups (CH3CO) that are transferred to a molecule called coenzyme A (CoA is derived from pantothenic acid, vitamin B5) to produce acetyl-CoA. Acetyl-CoA has a central role in energy metabolism because it carries the acetyl groups that will be used in mitochondria to feed the citric acid cycle [1,2].

In the citric acid cycle, which takes place in the matrix (the inner compartment) of mitochondria, the acetyl units delivered by acetyl-CoA are completely oxidized to carbon dioxide (CO2). This generates the electrons and hydrogens (used to convert NAD+ to NADH) that will power the production of adenosine triphosphate (ATP) through oxidative phosphorylation (OXPHOS), which we will discuss in part 4 of this series. Water, H2O, is needed in the cycle, since it’s the source of the oxygens (O) needed for oxidation and hydrogens (H) used for NADH.

Glucose and fatty acid metabolism converge in the production of acetyl-CoA, which carries the acetyl groups that will be used to feed the next step in ATP production, the citric acid cycle.

What Nutrients and Compounds Are Used In the Citric Acid Cycle?

At the beginning of each turn of the citric acid cycle, a two-carbon acetyl group is condensed with a four-carbon compound called oxaloacetate. The result is the six-carbon molecule citrate (or citric acid), a tricarboxylic acid, which is the source of two of the names used to describe the cycle. CoA is released in the reaction, which is catalyzed by citrate synthase, an important enzyme that sets the citric acid cycle in motion[1,2].

Note: Another name used, Krebs cycle, is in honor of the chemist who first identified the steps in the cycle.

The citrate synthase enzyme used for converting oxaloacetate to citrate is the pace-making enzyme (i.e., sets the pace for the reactions that follow) in the citric acid cycle. Because of this, in research, the expression and activity of citrate synthase is used as a surrogate for the activity of the cycle and as a marker for mitochondrial function.

Citrate then goes through a series of reactions that extract electrons and release two one-carbon units in the form of carbon dioxide (CO2). At the end of this series of reactions, the four-carbon molecule oxaloacetate is regenerated and ready to receive another two-carbon acetyl group. If the regenerated oxaloacetate amounts are insufficient, more can be generated from pyruvate using a biotin-dependent enzyme called pyruvate carboxylase. Because citric acid cycle intermediates are interconverted one into the next, the pyruvate conversion to oxaloacetate also serves as a means to increase other intermediates that may be in short supply.

In the first few steps, citrate is converted into aconitate, and then into isocitrate, which is the molecule that undergoes the first oxidative decarboxylation to yield alpha-ketoglutarate (α-ketoglutarate), a five-carbon compound. The electrons extracted in this last reaction are transferred to NAD+ (nicotinamide adenine dinucleotide, derived from niacin, vitamin B3) along with hydrogen, producing NADH (see figure 1).

α-ketoglutarate undergoes the second oxidative decarboxylation to yield succinyl-CoA, a four-carbon compound, with the electrons also being transferred to NAD+ and producing NADH; this reaction uses CoA as a cofactor. The enzyme complex responsible for this reaction—α-ketoglutarate dehydrogenase—requires thiamine (vitamin B1) and lipoic acid.

Succinyl-CoA can also be made outside of, and fed into the citric acid cycle. This latter approach to generating succinyl-CoA requires biotin and vitamin B12, specifically the adenosylcobalamin coenzyme form of vitamin B12.

Succinyl-CoA is then converted into succinate in a reaction that generates either one molecule of ATP or GTP (guanosine triphosphate, a nucleotide similar to ATP). ATP is preferentially produced in tissues with high energy demands such as skeletal and cardiac muscle; GTP is produced in anabolic tissues such as the liver, where it can be used as a source of chemical energy for protein synthesis and gluconeogenesis or as a building block for RNA.

Succinate is then oxidized to fumarate; the electrons extracted in this reaction are transferred to FAD+ (flavin adenine dinucleotide, derived from riboflavin, vitamin B2), producing FADH2.

Fumarate is converted into malate, which is the molecule that will regenerate oxaloacetate to start another turn of the citric acid cycle. The electrons extracted in the oxidation of malate to oxaloacetate are again transferred to NAD+, producing NADH, with H2O needed for the reaction.

Therefore, in one turn of the citric acid cycle, two CO2 molecules are released and eight electrons are extracted, generating three NADH and one FADH2 molecules, and one molecule of ATP (or GTP) is produced[1,2].

Because of the importance of the citrate synthase enzyme as the pace-maker, Qualia Life includes several ingredients which may support this enzyme. These include Cocoa Seed Extract[9–12], Pyrroloquinoline Quinone (PQQ)[13], BioVin® French Red Grapes Extract (5% resveratrol)[14], and Gynostemma pentaphyllum Whole Herb Extract (50% gypenosides)[15].

In a cyclic series of redox reactions, electrons are extracted from carbon units and transferred to the electron carriers NAD+ and FAD+; carbon dioxide is produced in the complete oxidation of carbon units.

Why Are NADH And FADH2 Needed In the Citric Acid Cycle?

As we will see in part 4 of this article series, NADH and FADH2 carry electrons to the mitochondrial electron transport chain that produces ATP through OXPHOS. The delivery of electrons to the electron transport chain regenerates NAD+ and FAD+, which can then be reused to receive electrons and maintain the flow of the citric acid cycle. NAD+ is particularly important in this process because cells have limited amounts of NAD+, which needs to be continuously regenerated to avoid a redox imbalance that would halt the citric acid cycle and impair ATP production.

Qualia Life contains a set of ingredients that support an upregulation of NAD+ levels and the NADH:NAD+ ratio. Qualia Life supplies the metabolic precursor for NAD+ synthesis, Vitamin B3 as Niacinamide and Nicotinic acid[3], as well as L-Tryptophan, a substrate for NAD+ synthesis[19]), and Vitamin B6 as Pyridoxal-5’-Phosphate, a cofactor in the synthesis of NAD+[19]. Furthermore, Qualia Life contains ingredients that have been shown to upregulate the NAD+ pool in cells. These include Grape Proanthocyanidins (from BioVin® French Red Grapes Extract)[20], Resveratrol (from BioVin® French Red Grapes Extract)[21–23], Coenzyme Q10 as Ubiquinone[24], and Lipoic Acid[25,26].

NADH and FADH2 carry electrons to the mitochondrial electron transport chain that produces ATP through oxidative phosphorylation; this regenerates NAD+ and FAD+ which can be reused in the citric acid cycle.

Why Is The Citric Acid Cycle Important In Protein Metabolism?

Amino acids, the units that make up proteins, can also be used as fuel for cell energy production. Because amino acids cannot be stored, as glucose and fatty acids can, amino acids that exceed the cellular needs for protein biosynthesis are used as metabolic fuel[1,2].

But in addition to being a point of convergence of multiple degradative (catabolic) pathways, the citric acid cycle is also a source of precursors for biosynthetic (anabolic) pathways that synthesize different types of molecules that are necessary for cellular functions, including proteins and DNA, for example. The citric acid cycle is therefore a central metabolic hub of the cell.

Why is Supporting The Citric Acid Cycle Important For Healthy Aging?

One of the hallmarks of aging is the progressive loss of mitochondrial function, including a loss of efficiency of metabolic pathways[27]. Aging affects the synthesis and function of enzymes of the citric acid cycle that are essential for the transfer of electrons to NAD+ and FAD+ that will be used to generate ATP. By affecting cells’ central metabolic pathway, age-related decreases in mitochondrial function can have a significant impact on cells’ energy supply and cells’ ability to produce macromolecules, ultimately contributing to the progression of cellular senescence.

Age-related decreases in the production and function of enzymes of the citric acid cycle contributes to mitochondrial dysfunction and to the progression of cellular senescence.