What is Vitamin K2? An Exploration of its Benefits 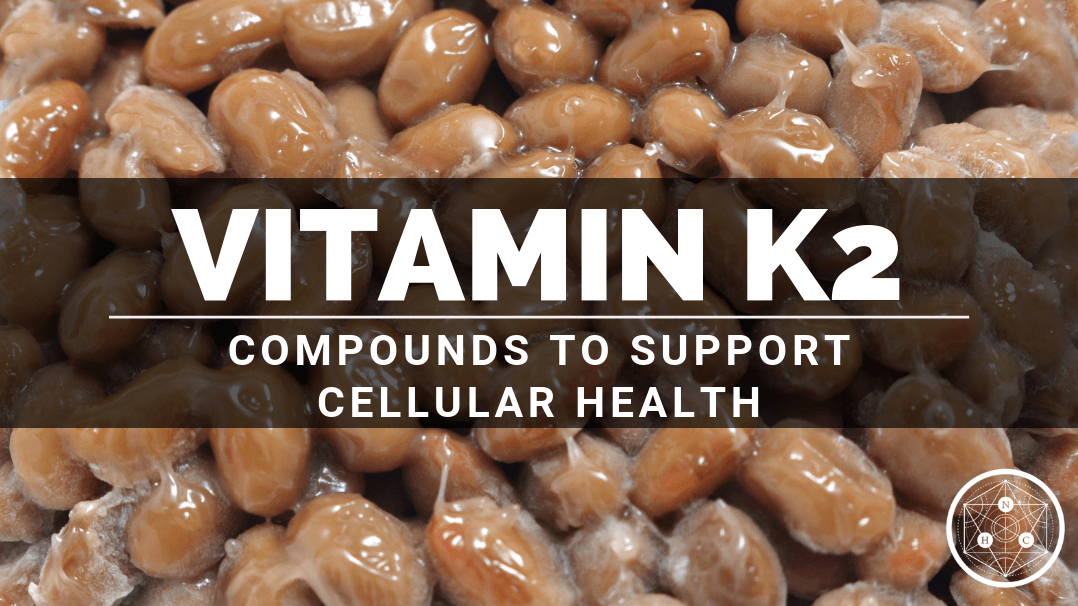 What is Vitamin K2 (as Menaquinone-7)?

Vitamin K is a family of structurally similar, fat-soluble vitamins. The two main members of the family are vitamin K1 and K2. Vitamin K1 is called phylloquinone. It's the plant form of vitamin K and is found in highest amounts in green leafy vegetables. About 90% of the vitamin K in the diet is as K1. Vitamin K2 is called menaquinone. It's the main storage form of vitamin K in animals, so is found in very small amounts in foods like dairy, eggs, and meat.

Vitamin K is mostly known for its’ roles in clotting and bone health.* So a great question would be, “why is it in a formula geared towards improving cellular health and mitochondrial performance?”

One of the main goals of Qualia Life is to support the mitochondrial networks inside cells that make cellular energy as ATP. ATP is made as the final product after electrons are carried through a series of transfer reactions called oxidative phosphorylation (OXPHOS). Many things can disrupt this electron carrying process, and, as a result, impair ATP production.

Our interest in vitamin K was prompted when looking for compounds that might be able to rescue mitochondrial performance under circumstances where electron transfer is being impaired.

Our interest in vitamin K was prompted when looking for compounds that might be able to rescue mitochondrial performance under circumstances where electron transfer is being impaired. But, this rescue action is not a general vitamin K action; it’s specifically vitamin K2 that serves this bioenergetic role.* This led us to source vitamin K2, ultimately as MK-7.

There are nine related vitamin K2 compounds—MK-1, MK-2 ... MK-9. The “M” stands for menaquinone, the K stands for vitamin K, and the “N” represents the number of isoprenoid side chain residues. Many dietary sources of vitamin K2 contain only the MK-4 form. Butter, beef, chicken and salmon are examples. Some foods, typically foods that have been fermented by healthy bacteria, contain a range of MK forms, with different proportions depending on the food. As an example, cheeses contain most of their vitamin K2 as MK-8 and MK-9. Whole milk yogurt contains mostly MK-4, and lesser amounts of MK-5 and MK-8. Sauerkraut has most of its vitamin K2 as MK-5, -6, -8, & -9. But by far the richest food source of vitamin K2 is a Japanese food called natto, which contains most of its vitamin K2 as MK-7.

In scientific studies it’s been the MK-7 form that’s mostly used, because it’s much more bioavailable and efficient: It takes much higher doses of MK-4 to produce similar functional responses as low doses of MK-7. Our source of MK-7 is produced from natto: It’s non-GMO and vegan, both of which are important to us.