What You Can Gain From Taking Pyrroloquinoline Quinone (PQQ) 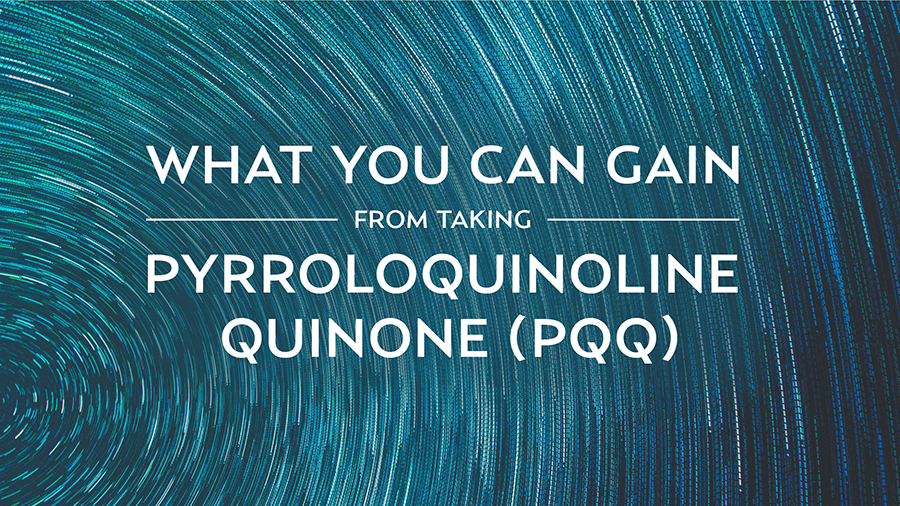 A great example of a nootropic that has a lot of benefits, but isn’t examined closely is pyrroloquinoline quinone. While many may focus on the surface level benefits from taking it, understanding how it works reveals the full impact it can have on the human body.

What is Pyrroloquinoline Quinone?

Simply saying the words pyrroloquinoline quinone is a bit of a mouthful, so most people prefer to use the abbreviation PQQ. It’s also called methoxatin. So what is PQQ? At one point, PQQ was thought to be a type of vitamin, but after further studies, researchers determined that while it has some vitamin-like qualities, it was only a related nutrient. PQQ can act as a cofactor, or enzyme booster, in the REDOX process(Reduction Oxidation). Because of its involvement in REDOX,  PQQ offers certain anti-oxidative effects. PQQ is most commonly found in kiwi, green peppers, and parsley, but many people choose to incorporate it in their diets through PQQ supplements.

Perhaps most notable is PQQ’s impact on mitochondria. Mitochondria provide our cells with energy (ATP) and regulate cellular metabolism. Researchers have looked extensively at the impact PPQ has on mitochondria and have found that PQQ can increase the number of mitochondria and even improve their efficiency. This is a big reason why PQQ is so beneficial.

Having mitochondria that operate at peak performance is so important to living a healthy life, which means there are a number of benefits you can experience while taking PPQ.  Here are some of the most noteworthy ones.

Since mitochondria produce energy for the cell, and PQQ helps mitochondria work more efficiently, there is an overall increase of energy within your cells. The unused cellular energy is transferred to other parts of your body. If you struggle to have energy to make it through the day, or you experience fatigue or lethargy, this added boost of energy from PPQ will be important to you. One study found that participants who reported having problems with their energy, experienced a noticeable decrease in their fatigue after taking PQQ. If you’re looking for a boost to your energy, PQQ may help with that.

Participants in the study mentioned above also reported that they were able to sleep better after taking PQQ for 8 weeks. Prior to beginning the study, these patients had been experiencing sleeping problems. PQQ seems to reduce the amount of cortisol, or stress hormone, within patients and improve their sleep. While PQQ’s benefits to sleep haven’t been studied thoroughly, these initial results seem promising.

With a reduced amount of stress, researchers have begun to see improvements to memory. In this case, the combination of PQQ and CoQ10 may lead to memory enhancement and promoting cognitive health. CoQ10, like PQQ, is another nutrient that can offer support to the body’s mitochondria. Many patients often look at PQQ and CoQ10 as an either/or option, but taking one and ignoring the other may result in missing out on some big benefits.

In addition to the three main benefits listed above, PQQ provides other less, well-known benefits. PQQ may promote Nerve Growth Factor (NGF) synthesis, which can lead to more neuronal growth and survival. PQQ may also be able to improve fertility, though more studies are still needed to draw conclusive results. Further benefits from taking PQQ may be discovered as more research is conducted.

If you want to add a PQQ supplement to your diet, it’s important to remember that a little goes a long way. Since it doesn’t take much PQQ to have an effect, most dosages are kept small. As a result, most people don’t have to worry about any PQQ side effects.

PQQ is a very effective nootropic that everyone should include in their stack of choice. It may provide you with more energy, improved sleep, and an enhanced memory in addition to some possible other benefits. There’s a lot to be gained from taking PQQ.