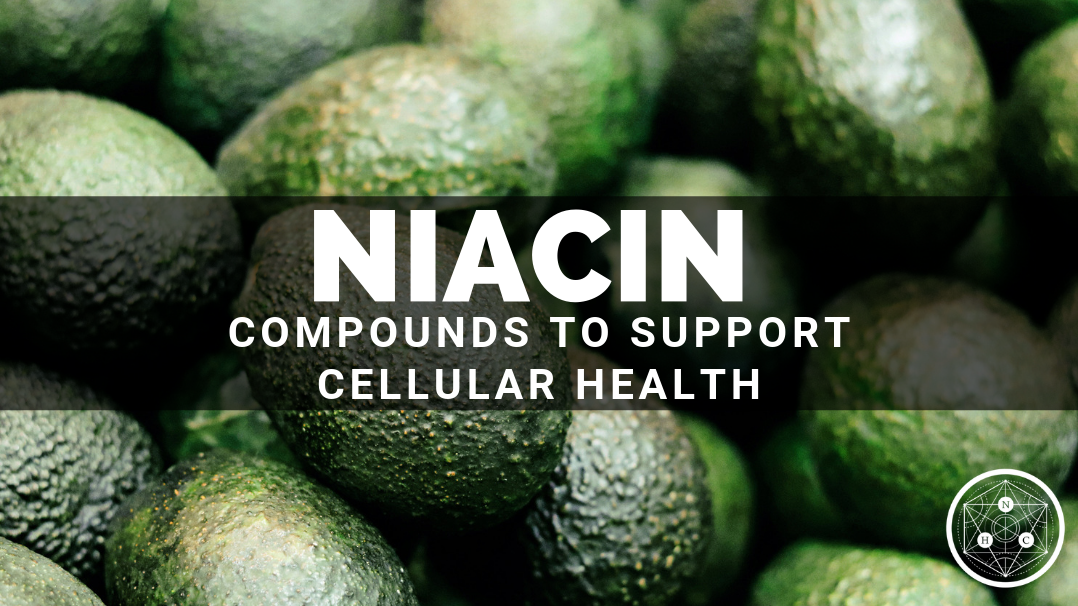 The main role of vitamin B3 is to make NAD molecules. This is important because the NAD molecule sits at the crossroads of mitochondrial energy production (i.e., ATP), cellular repair and signaling, and cellular defenses. Unfortunately, NAD+ levels decrease with age. This is the bad news. The good news is that there are strategies that can be used to make more NAD+. One of these is vitamin B3.

When the Food and Nutrition Board at the National Academies of Sciences, Engineering, and Medicine came up with the recommended dietary allowance (RDA) for vitamin B3, they expressed the amount recommended in NE, which stands for niacin equivalents. As an example, the RDA for adult males is 16 mg NE; it’s 14 mg NE for adult females. But for vitamin B1 (thiamine) and B2 (riboflavin), they only list the number of mg and don’t list either thiamine equivalents or riboflavin equivalents. Why the difference?

The main reason is that NAD is an example of a complex systems science principle called redundancy, which essentially means having back up plans. This molecule is so important, there’s three different ways to create it. It can be built from scratch starting from the amino acid L-tryptophan using de novo synthesis. It can be made from niacin in the Preiss-Handler pathway. And it can be produced from nicotinamide, also called niacinamide, in a salvage pathway. In Qualia Life we opted to use all three. In the rest of this post, we want to share a bit more about why we chose to use both niacin and niacinamide, and how we selected the doses.

Niacin is also called nicotinic acid, which gives its name (NIcotinic ACid + vitamIN). It was the 3rd of the B-complex family of vitamins discovered, hence its designation as vitamin B3. It’s been known for more than eighty years that niacin can be used to correct vitamin B3 deficiency disease (i.e., pellagra) and for more than 50 years how niacin is converted into NAD+.

Both newer and older research has indicated that niacin boosts NAD+ levels in the liver extremely quickly. Niacin might also be the preferred form of vitamin B3 for boosting NAD+ in the gut. So, the decision to include niacin in a formulation designed to support NAD+ was easy. But because niacin is the “flushing” form of vitamin B3, we wanted to include it at a dose where flushing has not been reported to occur.

Most people will experience flushing if doses of 500 mg of niacin are taken. As many as half of people flush if they take 100 mg. So we needed to go with a lower dose than this to avoid flushing. When we reviewed the extensive niacin research, the lowest dose that had been reported to cause mild flushing was 30 mg. We selected a dose to be just below this threshold to gain the additive NAD+ boosting benefits of niacin (it’s complimentary with other ways to build the NAD+ molecule), while minimizing risk of even mild flushing.

But we wanted to give more niacin equivalent activity than this lower dose of niacin alone would allow. This is where niacinamide comes into the picture. Niacinamide is also called vitamin B3. Similar to niacin, it prevents pellagra. And also similar to niacin, both older and newer research has found it can be used to make NAD+. In fact, it appears to be the preferred substrate to make NAD+ in most tissues throughout the body.

Unlike niacin, niacinamide does not cause flushing, but this doesn’t mean taking very high doses is better. At Neurohacker Collective we are interested in how living systems adapt over time. In general, adaptation occurs more quickly at higher doses. It almost seems like when we push too hard, the body pushes back harder as well, with compensatory mechanisms kicking in faster and stronger.

In the case of vitamin B3, one of the compensatory mechanisms, if we give too much vitamin B3, is an increase in demands on methylation, which is used to eliminate excess amounts. When we chose the dose of niacinamide, our goal was to use a more moderate dose: one that is high enough to work additively with niacin (and L-tryptophan) to boost NAD+, but not so high that it puts too much stress on methylation capacities.