The New World of Cognitive Enhancement 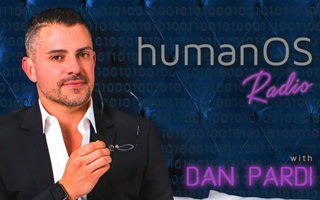 Daniel Schmachtenberger joins Dan Pardi of HumanOS Radio to talk about the realm of cognitive enhancement and why nootropics play an incredibly different role than the prescriptions currently available to us. Getting to the roots of our symptoms is a huge part of what has been missing from our modern medical systems, listen below to hear these two talk about how we can change that.

In the film Limitless, Bradley Cooper’s character is given a mysterious pill that transforms his mind. With this drug, he becomes a more brilliant and productive version of himself: He’s able to solve complex equations with ease, and can recall anything that he’s ever seen or read. Unfortunately, the drug comes with some serious drawbacks.

We don’t have anything quite like the drug portrayed in that movie, but we are in a somewhat analogous situation with the performance-enhancing drugs that we do have. Non-medical use of prescription stimulants like Adderall has skyrocketed in recent years. And the majority of people are using them for self-improvement – better concentration, motivation, speed-of-processing, energy, and productivity. The appeal is understandable. Most of us make our living from knowledge-based work, and we all want to be able to do better at our jobs.

Well, let’s look at how Adderall works. It is a catecholamine agonist. That means that when you take Adderall, it increases the signal of the neurotransmitters dopamine and norepinephrine in the brain. It also blocks transporters that remove these catecholamines, which enables the signal to persist longer than it normally would. The effect is greater alertness, motivation, and dull tasks appear more engaging.

That actually seems kind of awesome – at least in the short term. But whenever excessive numbers of neurotransmitter molecules are available to a receptor for a long time (without a cooling-off period), the body reacts by decreasing the number of receptors for that neurotransmitter. This is called down-regulation.

Consistent long-term use of stimulants like Adderall can eventually lead to tolerance – where the same dose no longer provides the same level of mood and cognitive enhancement. Consequently, the user may have to keep ramping up the dose in order to get a therapeutic benefit. Additionally, there is some concern that amphetamine use over time may eventually lead to more serious neurological consequences, like loss of dopamine transporters and even brain cell death.

So, amphetamines and other stimulants might not be the best or most sustainable strategy, especially for non-clinical cognitive enhancement (i.e., taking the drug to do better at work vs. taking the drug to combat diagnosed attention deficient disorder). For a longer discussion on the use of these drugs for ADHD/ADD, see my conversation with the recent recipient of the lifetime achievement award from the American Psychological Association, Professor Stephen Hinshaw.

“Man is not going to wait for millions of years before evolution offers him a better brain.”…CLICK TO TWEET

But there is still immense demand for chemicals that might be able to boost productivity and cognitive performance. Which brings us to nootropics. Nootropic is an umbrella term for a wide array of substances that are purported to enhance cognitive functions – particularly executive function, attention, and working memory, and non-cognitive functions like mood and motivation. However, nootropics are less likely to produce down-regulation of receptors or substance dependence, because they support internal regulatory systems in the brain, rather than try to override them.

The hope is that nootropics might be a way to improve cognitive performance without the risk of addiction or impairment to long-term functioning that accompanies stimulants like Adderall. In fact, there is some inspiring evidence to suggest that nootropics may actually help keep our brains youthful and free of disease, perhaps through, for example, antioxidant or anti-inflammatory properties. So nootropics might prove to be the smart choice for productivity and for health.

In this episode of humanOS radio, I talk to Daniel Schmachtenberger. Daniel is a social engineer and evolutionary philosopher. He works with a group called Neurohacker Collective, who is dedicated to optimizing human performance.

In this interview, we discuss current research investigating human cognitive enhancement and nootropics. We also talk specifically about Qualia, which is a carefully formulated nootropic stack Daniel helped design. I presently have no financial relationship with the company or with Qualia, but I think it’s an intriguing product and I think you’ll find it interesting as well. Check out the interview below.