The Vagus Nerve: What It Is and How to Stimulate It for Increased Stress Resilience 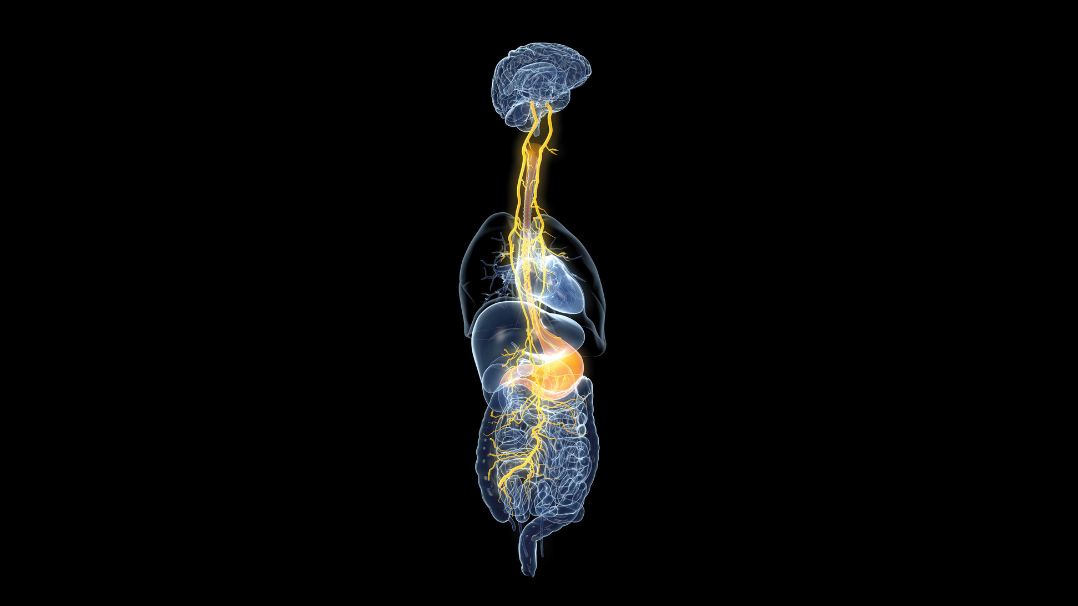 What is the Vagus Nerve?

The Vagus nerve is one of the most important nerves of the human body. The Vagus is the tenth cranial nerve, one of the set of twelve pairs of cranial nerves (there are actually two Vagus nerves, one on each side of the body) that connect the central nervous system to peripheral organs. The Vagus emerges from the brainstem to carry information back and forth between the brain and a number of organs in the thorax and the abdomen, including the heart, lungs, most of the GI tract, liver, gallbladder, pancreas, and kidneys.

The Vagus nerve is the longest and, arguably, the most important nerve of the autonomic nervous system.

Functions of the Vagus Nerve

The Vagus nerve carries 75% of all parasympathetic nerve fibers that innervate visceral organs. Vagal parasympathetic activity slows down the cardiovascular and respiratory systems and promotes digestion, energy conservation, and recovery processes (the opposite effects to those promoted by the sympathetic nervous system). The Vagus nerve is not only a central element of parasympathetic regulation of cardiovascular, respiratory, and gastrointestinal function, but it also plays an important part in the regulation of the immune and endocrine systems. No wonder the Vagus has been called the ‘great wandering protector’ of the body.

Vagal Tone is an Index of Vulnerability and Resilience to Stress

The sympathetic and the parasympathetic nervous systems are always in a dynamic balance, continuously influencing involuntary processes, but with their relative activity changing in response to a variety of stimuli [2]. Stress stimulates fight-or-flight responses, meaning it increases sympathetic activity and decreases parasympathetic activity and vagal tone. This is a physiological response that puts the body in a state of readiness to respond to situations perceived as threats by firing up the heart and lungs and getting you ready to either run for your life or fight for it. In the short term, these are healthy adaptive responses, but when prolonged, they become unhealthy.

Chronic stress, which is so common in modern life, can slowly disrupt our physical, cognitive, and mental health [3–7]. Among the many reasons why is lower parasympathetic activity (i.e., low vagal tone) and its effects on physiological and psychological processes. For example, vagal activity has a key role in systemic immune signaling processes and coordinates the activity of the cardiovascular and respiratory systems to improve energy efficiency and metabolic homeostasis [8,9]. Furthermore, parasympathetic and vagal activity have important roles in self-regulation mechanisms linked to cognition and behavior that support cognitive performance, emotional regulation, and social engagement. Lower parasympathetic activity is linked to an impaired adaptability to stress, with vagal tone being regarded as an index of stress vulnerability and the ability to cope with (or be resilient to) stress [10,11].

Parasympathetic and vagal activity have important roles in self-regulation mechanisms linked to cognition and behavior that support cognitive performance.

Several studies have supported this link between vagal tone and stress resilience. For example, research on stress-related responses in college students showed that those with higher vagal tone were more unlikely to experience high levels of negative emotional arousal in response to stressors and more likely to cope constructively with the stressor [12]. People with higher baseline vagal tone have also shown higher levels of subjective wellbeing and positive emotions, better regulation of negative emotions, better self-regulation (i.e., self-control), and better social engagement [13–16].

If a higher baseline vagal tone is associated with lower stress vulnerability and better stress adaptability, then strategies that increase vagal tone should be helpful for stress management and for supporting the body’s adaptive stress responses. Research supports this hypothesis.

One strategy used to increase vagal tone is deep slow breathing [19]. Controlled breathing takes advantage of a physiological feature known as heart rate variability (HRV), which refers to fluctuations in the interval between heartbeats. Low HRV means the amount of time between heartbeats is more similar. High HRV means the  beat-to-beat time intervals vary more. HRV occurs naturally during the breathing cycle: the heart rate increases during inspiration and decreases during expiration. This specific type of HRV is known as respiratory sinus arrhythmia (RSA) and is regulated by a dynamic balance between sympathetic and parasympathetic signaling. During inhalation, the cardiovascular center (the part of the brain that regulates the heart rate) decreases vagal activity, resulting in sympathetic predominance that accelerates the heart rate, whereas during exhalation, vagal activity is restored and the heart rate slows down [20,21]. A higher HRV is an index of higher parasympathetic activity and vagal tone [22,23]. HRV is higher when we’re relaxed and decreases when we’re under stress [10,24,25]. HRV is therefore regarded as a physiological marker of stress.

Breathing exercises can influence HRV by altering the balance between sympathetic and parasympathetic activity [26]. More specifically, breathing at a slower rate than the normal resting breathing rate, which is typically around 12 breaths per minute (bpm) in healthy adults [1], can increase HRV, vagal tone, and support healthier stress responses. HRV is maximized when respiration is slowed down to around 6 bpm [19]. Slow breathing takes advantage of this feature to promote relaxation [10].

For example, a few minutes of deep slow breathing at about 6 bpm, either with equal inhalation and exhalation times (5:5 sec) or with a lower inhale-to-exhale time ratio (e.g., 4:6 sec or 3:7 sec) increases vagal tone and HRV and promotes relaxation, stress reduction, sleep quality, and positive energy [27–32].

One study that compared the effects of breathing at two different rates (6 and 5.5 breaths per minute) and two different I:E ratios (5:5 sec and 4:6 sec) found that, among the four possible combinations, breathing at a rate of 5.5 bpm with an equal 5:5 sec inhalation-to-exhalation ratio was the most effective in increasing HRV. But all four patterns increased HRV and subjective feelings of relaxation [30].

In one study, breathing at a rate of 5.5 bpm with an equal 5:5 sec inhalation-to-exhalation ratio was the most effective in increasing HRV.

Other activities that are known to promote slow breathing, such as meditation and yoga, have also been shown to increase HRV and reduce subjective stress [32–34]. In fact, controlled breathing techniques have been practiced for health purposes for thousands of years in Eastern cultures—pranayama, the yoga practice of controlled breathing, is probably the most well-known example.

So, breathing slowly and deeply, even just for a few minutes at a time, may be a simple, easy, accessible, and free strategy to increase your vagal tone and help you to better cope with stress.

The 5 seconds in, 5 seconds out breathing technique is often called "Paced Breathing." For a few tips on doing it (as well as some other useful stress biohacks) please see our blog post 12 Science-Backed Ways to Manage Stress (Paced-breathing and another technique called Boxed Breathing are under the BREATHE TO RELAX). And find more breathing content (including  what some experts recommend) at https://neurohacker.com/breathwork.

The aim of creating Qualia Mind is to support your body’s own ability to upregulate the production of key neurotransmitters, BDNF (Brain-Derived Neurotrophic Factor), and other pathways that are critical for optimal brain function. Learn more about why Qualia Mind is the world’s most advanced cognitive support supplement. 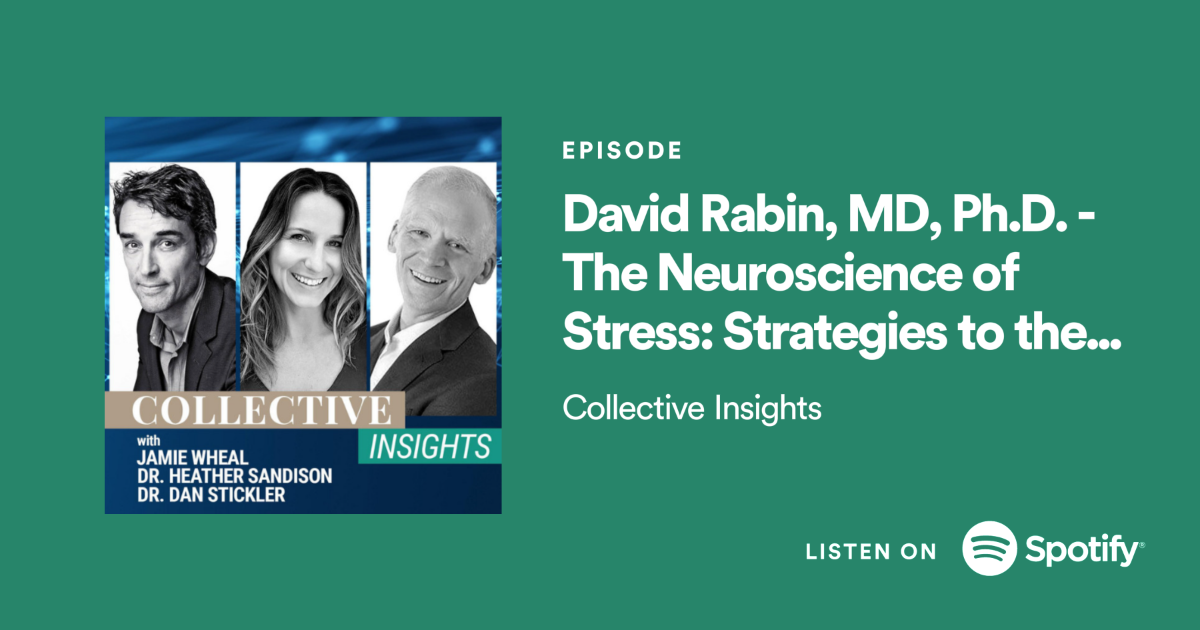