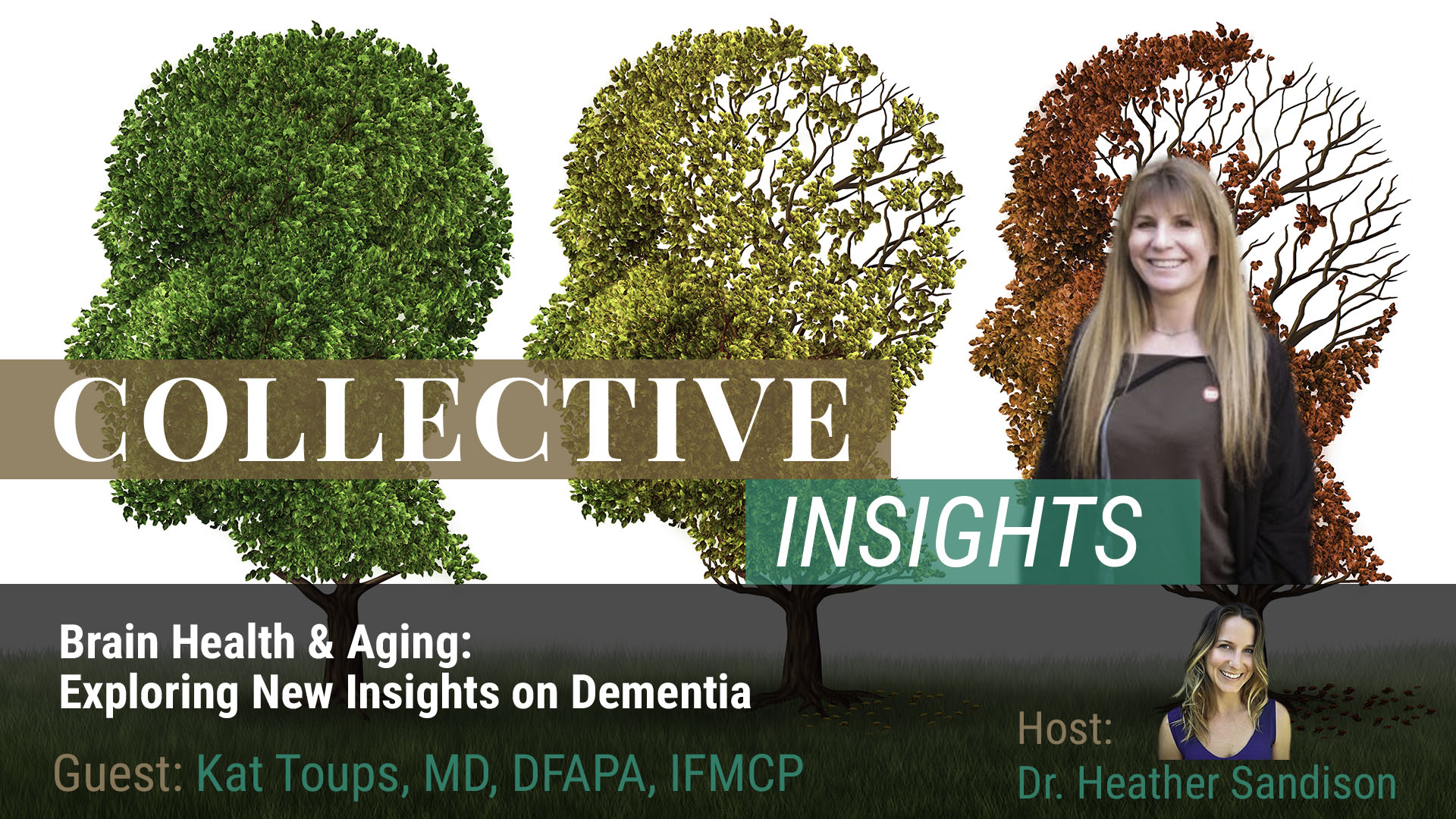 Dementia can have a huge impact on a person’s life and that of their loved ones. Kat Toups, M.D., DFAPA, IFMCP, a Functional Medicine Psychiatrist in the Bay Area, has devoted much of her life’s work towards finding solutions for dementia patients. She joins our host, Heather Sandison, ND, to share her extensive research and experience with dementia. In this episode, Dr. Toups offers hope to people looking for cutting-edge models of care. We discuss:

We can make new neurons and new synaptic connections up until the time of death. -Kat Toups, MD, DFAPA, IFMCP

Kat Toups, M.D., DFAPA, IFMCP is a Functional Medicine Psychiatrist at Bay Area Wellness in Walnut Creek, CA, and is the organizer/administrator for Bay Area Functional Medicine group since 2012. Dr. Toups is a Distinguished Fellow of the American Psychiatric Association (the highest honor bestowed by the APA), Board Certified by the American Board of Psychiatry and Neurology, and previously boarded in Geriatric Psychiatry.

She has been active in local Psychiatric organizations, including Northern CA Psychiatric Society where she was on the Board of Trustees from 2008 – 2012 and served as Councilor-at-Large, as well as a co-founder and member of the NCPS Integrative Psychiatry Steering Committee, in addition to their Nominating Committee for several years. Dr. Toups was also very active in the East Bay Psychiatric Association for many years, serving on their Board of Trustees from 2006-2012, and as President from 2009–2012.

Dr. Toups is a former Assistant Professor of Psychiatry at UC Davis, where she was the Inpatient Residency Training Director, and later the Owner/Medical Director of Bay Area Research Institute, a Clinical Trials Research Center in Lafayette, CA. After serving as the Principal Investigator on over 100 clinical trials for 12 years, including 20 failed trials for Alzheimer's drugs, she realized that the elusive cure for Brain and Psychiatric illness was not going to be found in a pill.

Dr. Toups practices Functional Medicine Psychiatry, which seeks to discover the underlying causes of inflammation (like diet/nutrition, lifestyle, genetics including MTHF/Methylation/Sulfation/Detoxigenomic genetic polymorphisms, GI health including food allergies and dysbiosis, toxin exposure, chronic infections, and biochemical abnormalities) that can all be contributors to problems with Psychiatric symptoms and/or cognition difficulties. Detection and correction of these problems can result in the resolution of the Psychiatric symptoms, rather than just providing a band-aid by only prescribing Psychiatric medications without addressing the underlying causes of the Psychiatric problem.

Dr. Toups also works with people having health challenges who are not experiencing Psychiatric problems.

Stay tuned for the release of the book Dementia Demystified in Fall 2019.
Connect with Dr. Toups on Facebook