Oxygen Training: A Q+A With Mark Squibb, Founder of LiveO2 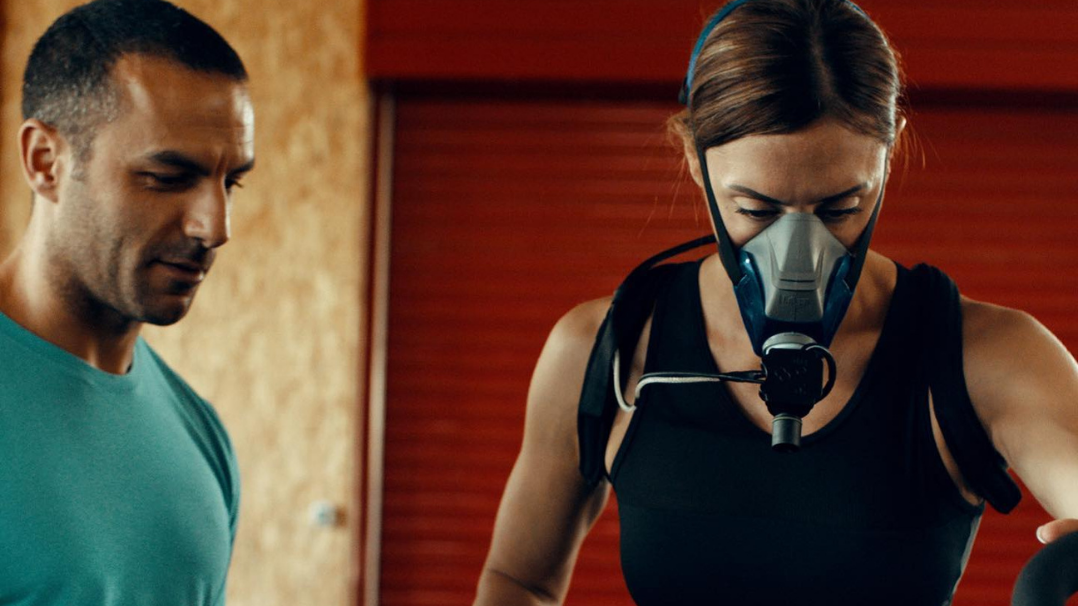 The latest scientific research into oxygen training indicates it's possible to maintain and even regain peak physical and cognitive performance.*

Today, Mark Squibb, Founder of LiveO2, and creator of the patented LiveO2 Adaptive Contrast System technology, is here to help us understand why oxygen training is quickly becoming a go-to technique of neurohackers.

Give us a high-level overview of oxygen therapy (training).

Every cell in the body uses oxygen to make energy. The energy cells determine our ability to do anything and everything and directly influences our quality of life. Oxygen training uses a combination of high and low oxygen air mixtures during physical challenges. These challenges create simultaneous maximum outputs of blood flow and oxygen.

Ozone therapy, hydrogen therapy and oxygen training? Can you explain the differences and share with us if one technique is more superior than the others?

Ozone and hydrogen therapies accomplish different jobs within the body.*

Ozone is an oxidizer source. Ozone releases single atom oxygen atoms, or singleton oxygen, acting as potent oxidizers. These singleton oxygen atoms aggressively react with vulnerable materials, like fuel. Fire is an example of an oxygen singleton reacting with an oxidation-prone material. The Krebs cycle, which our cells use to make aerobic energy, is another example of controlled oxidation.

Hydrogen therapy uses H2 as a wildcard anti-oxidant. In a sense, H2 is the chemical opposite of the oxygen singleton. H2 neutralizes oxidative stress, which is helpful under stressful conditions. Oxygen is the body’s perfect oxidizer, but there are many other oxidizers that act as free radicals. These free radicals tend to be much stronger oxidizers than oxygen and damage the body’s cells. Hydrogen is one of many antioxidants that the body uses to neutralize them.

The contrast in these mechanisms illustrates an important misunderstanding that oxidation is at the core of metabolism. Both oxidants and antioxidants, in biologically regulated form, are critical. Unregulated oxidation from free radicals is harmful. Hydrogen helps quench unregulated oxidation.

Oxygen training is different. Oxygen in the air doesn’t cause oxidation by itself because the two oxygen molecules are bound together. When you breathe the molecules in, they travel as O2 in the bloodstream. Once they reach a cell, your mitochondria burn fuel using the O2 to create the energy that gives life. Paper doesn’t burn until you light it on fire. The spark provides the energy which splits the O2 molecule into two O1 atoms. When O1 molecules touch the paper they chemically react to release heat, which splits nearby O2 molecules into O1 atoms, which react with more fuel until either the fuel or the oxygen depletes.

Ozone therapy delivers O3 which readily decomposes to an O2 and an O1. The free O1 causes spontaneous oxidation reactions in the blood which would not normally occur if the O3 was not present.*

Conversely, supplemental H2 administration enables the body to neutralize free radicals better than it would otherwise. I hesitate to call H2 a therapy because the body naturally produces it in our guts and it's native to our metabolism. Supplemental H2 can help if there is a shortage for some reason, so I like to think of it more of a supplement.*

We call LiveO2 training because oxygen is naturally occurring in the air and the physiology behind the process is simply exercising with leverage.

What is the LiveO2 system, how does it work, what’s the science behind the technology?

LiveO2 is an exercise amplifier, it tricks your body into maximizing blood flow and then floods the maximum blood flow with oxygen. Let’s illustrate it this way: think of your heart as a pump and your vascular system as pipes. Exercising with low oxygen maxes out the pump and opens the pipe to increase blood flow quickly through fire-hose nozzles, your capillaries. When you turbo-charge the flow by using a LiveO2 system, our cells get the oxygen they need and work more efficiently and boost metabolism.*

What do you recommend for people who want to take advantage of oxygen therapy but don’t have access to the Live02 system?

What is the brain connection in all of this?

Back in 2008 my oldest son started having seizures and it scared me. To identify the problem we both took neurological panels. Seven of my son’s cognitive performance scores were in the lowest 5th percentile. They were way too low - he had brain damage.

We both trained with oxygen. After one workout, my son’s seizures ceased, and both of our neurological scores had increased. To this day, consistent oxygen training has caused his seizures to cease, even when he’s not training. The lesson? Oxygen makes our brain happy.*

That journey promoted both invention and discovery that has helped thousands of brains work better for multiple different neurological issues. In nearly all these cases, and I mean nearly all, oxygen offers meaningful improvement.*

What is one biohack you cannot live without?

Son of a bitch - gimme a drink!

I sleep like a baby most of the time. Regular exercise is vital to my sleep quality. Also, that drink I cited in my favorite quote helps me to let go of the day before I go to bed. I end my day living in gratitude to be surrounded by truly awesome souls.

Walk us through your sleep routine from dinner until you hit the pillow. What devices, supplements/teas, tech, textiles, etc. do you use?

Dinner, campfire on the deck, 3 fingers of rum or whiskey, and big hugs from the kids.

To keep up with the very latest in oxygen training follow LiveO2 on Instagram and explore their site to dive deeper into the science behind the technology.

*These statements have not been evaluated by the Food and Drug Administration.  The products and services mentioned are not intended to diagnose, treat, cure, or prevent any disease.

The recommendations in this article represent the opinions and experience of the interviewee, and are not a guarantee, promise, or reflection of other users’ results.