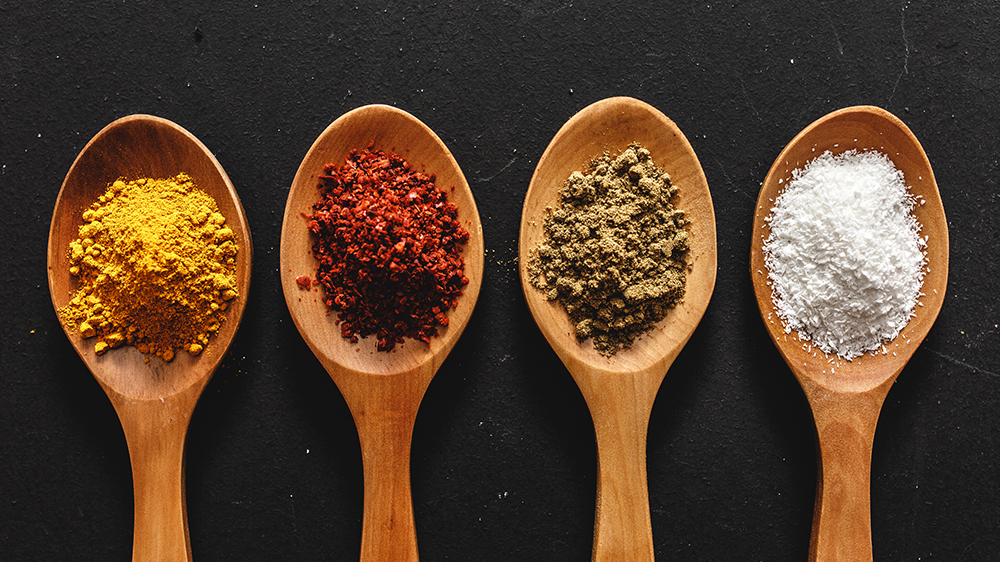 Choosing the optimal dose for a given ingredient in our formulations is a critical and nuanced topic, so we want to share a bit about the principles that help guide our decisions at Neurohacker. Our principles derive from complexity science—the science of complex adaptive systems—and guide how we factor research and approach formulation and dosing. They take into consideration scientific evidence on the change in effect caused by differing levels of exposure (i.e., the dose-response relationship), but they do this in a way that honors complexity.

The concept of a dose–response relationship isn't unique to complexity science. What is unique is how complexity science interprets aspects of this relationship, looking for how response changes (1) as dose increases, (2) when more than one ingredient is combined, (3) over a duration of time, and (4) based on timing.

1. Determine if ingredient is dose-dependant and whether there’s an effectiveness threshold

The first consideration, and the easiest, is whether an ingredient is dose-dependent. If the effects increase when the dose of something is increased, the effects are said to be dose-dependent, and the implication is that more is better (within the range it would typically be used). An example is daily values (DV) for vitamins. Eating a diet that supplies 100% of the DV for all vitamins would be expected to produce better health effects than a diet that only supplied 50%, which in turn would produce better results than a diet that supplied 25%. When an ingredient is dose-dependent, we choose a sufficient dose to generate the response we are after, but low enough to minimize the possibility of unwanted effects (i.e., side effects)

Dose-dependent implies benefits increase with higher exposure (dosage). But this can come with a cost—undesired side effects often appear and grow stronger as exposure increases.

Dose-dependent does not mean that benefits go up in a straight-line—the relationship is often more of an S-curve. As dose increases, benefits often increase greatly within a range, and then tend to plateau, only increasing gradually at higher dosages. Many dose-dependent ingredients follow this type of dose-response relationship, a pattern that fits with the Pareto Principle (also known as the 80/20 rule). In fact, some real-world things follow exaggerated versions of this principle (90/10 or 95/5). When this principle is translated to dietary supplements, it means that much of the effect (i.e., 80%+ of benefits) might occur from a relatively low amount (i.e., the first 20% of the dose) of an ingredient. When this is the case, it’s important to identify the range where large changes in response occur (and beyond which increased effects are more gradual).

A Pareto Principle effect occurred in a study giving different daily dosages—125 mg, 250 mg, 500 mg—of Withania somnifera extract. Effect size was slightly greater for the higher doses, but most of the change was evident with the lowest dose.* 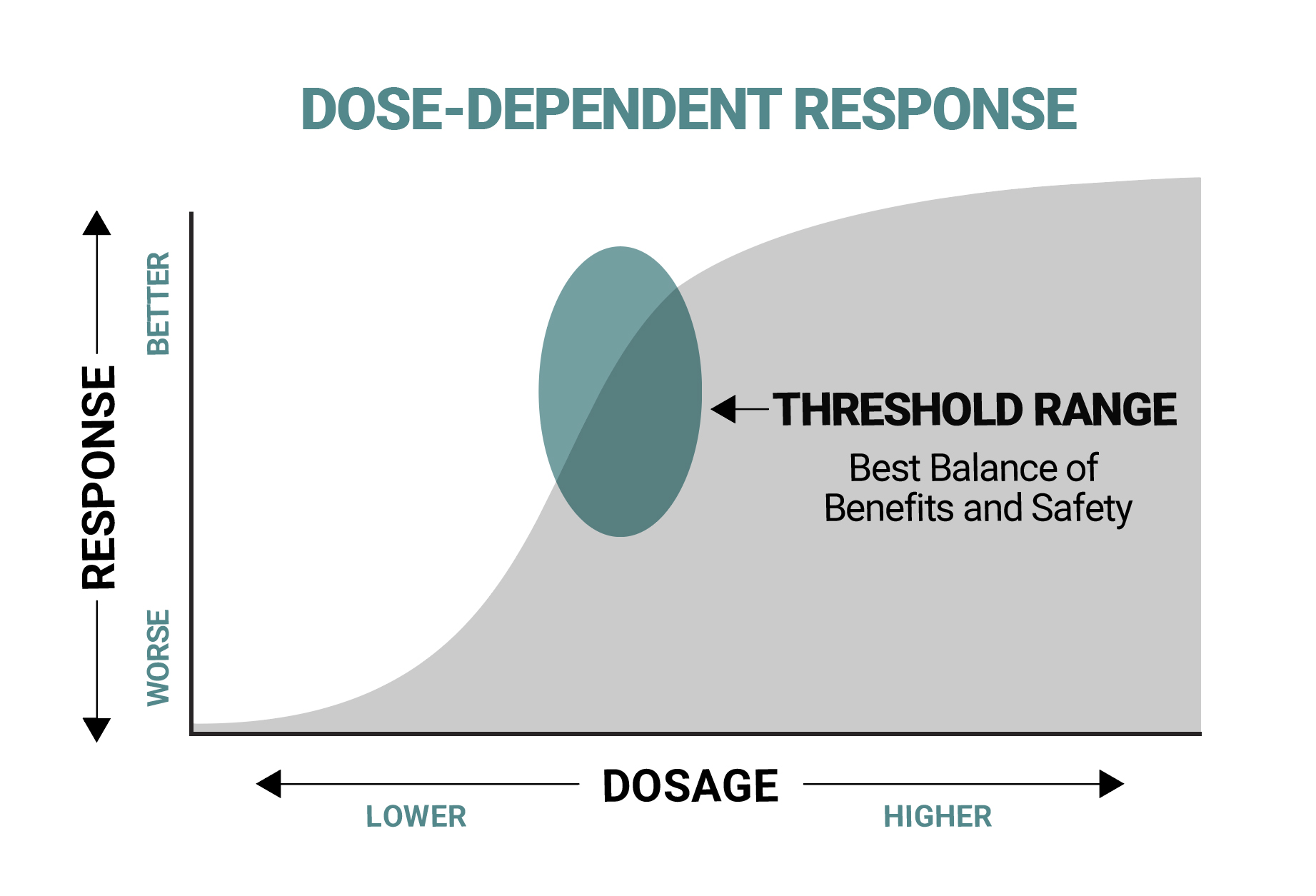 Exercise is a good example of the Pareto Principle in action. Most of the health and general fitness benefits from exercise occur when a person goes from being sedentary to moderately active. Doubling the amount of exercise again does not double these benefits—it adds a marginal amount of additional health and fitness. And, doubling exercise once more produces even less added benefits. Beyond a threshold amount of exercise, additional benefits come at the cost of much more time and effort for increasingly diminishing returns. This idea of a threshold amount is important because the best value from our efforts comes from making sure we are following the strategies that allow us to get the 80+% of benefits from our actions.

2. Determine if the ingredient is hormetic and the hormetic dosing range

We mentioned that some ingredients are dose-dependent (i.e., more is better within reason); others are biphasic (an inverted U-shaped dose-response pattern). Biphasic implies that there can be a beneficial effect at low doses, and no effect (or an unwanted effect) at higher doses. This type of dose-response is sometimes called “Hormesis.” It can be thought of as being akin to exercise training, where the right amount of exercise builds fitness (i.e., a beneficial outcome), but excessive exercise increases the risk for injury and overtraining (i.e., unwanted outcomes).

Hormetic factors provide a challenge to the body (i.e., a mild stress) that cause complex adaptations. These adaptations result in being better able to respond to similar challenges in the future. A positive side effect from this process is that the body is also often left more capable of responding to other unrelated challenges. In stress research this is called non-specific adaptation. Many herbal adaptogens, as well as some flavonoid molecules such as curcumin and resveratrol, tend to follow hormetic dosing principles.* For things in this category, there's typically a hormetic zone (or range) where there’s a favorable biological response. It’s important to be in this zone; it’s just as important not to be above it. Adaptive capacities are not unlimited and often require time to emerge. Because of this, it can be better to err on the lower side of the range, allowing the body to gradually adapt.

Sun exposure is an example of a hormetic response. Some exposure improves our ability to tolerate the sun, but if we overdo it, we get the unwanted result of a sunburn. 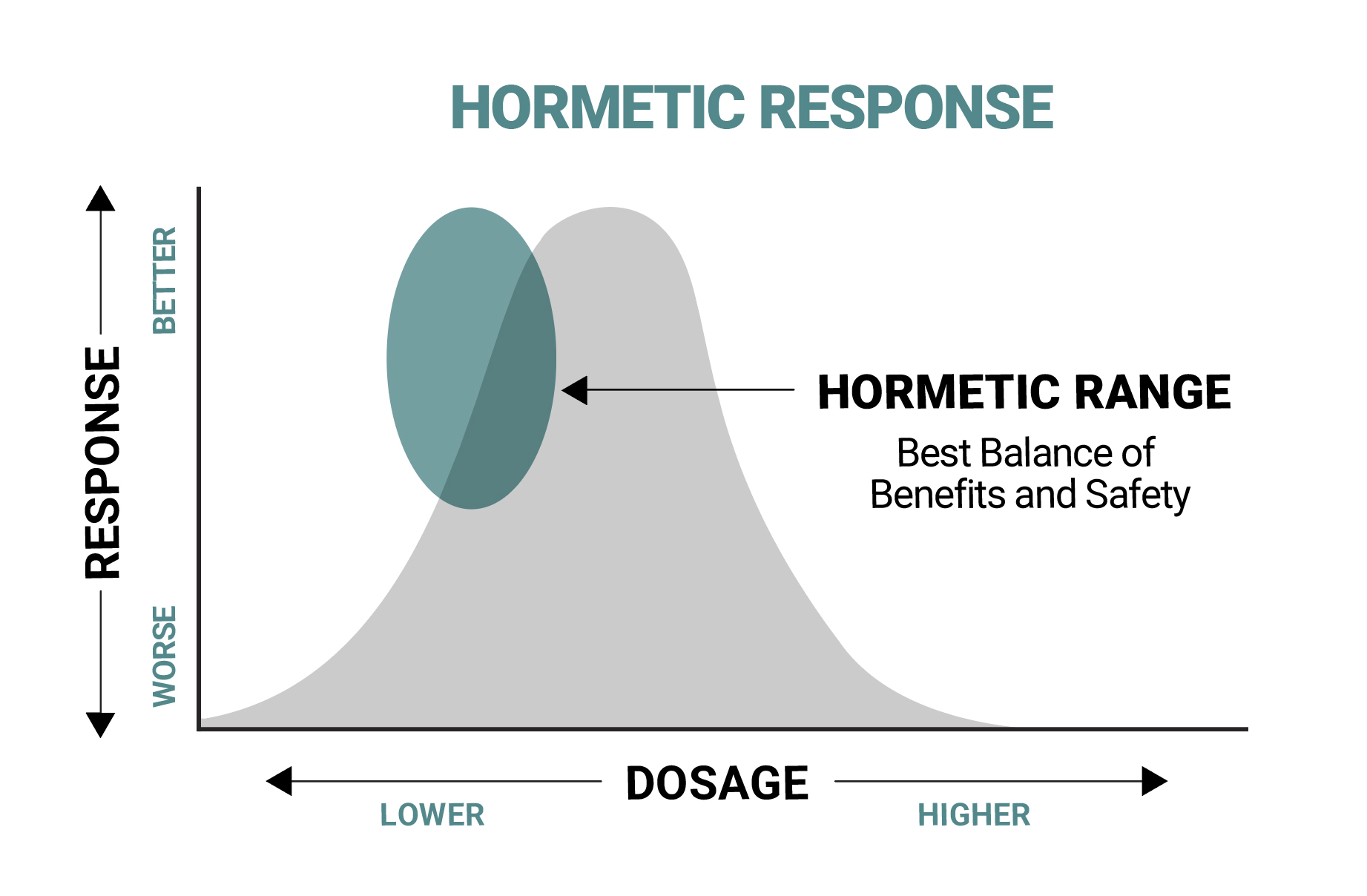 Ingredients might have additive effects or synergies; they may also work efficiently at certain ratios with other ingredients. A simple example of an additive effect would be providing several different supplemental forms of an ingredient that enter into metabolic pathways at different points. Niacins and cholines are examples. The dose of vitamin B3 as nicotinic acid might be higher than if both nicotinic acid and niacinamide were combined.* The same principle applies to choline nootropics like citicoline and alpha-GPC—the amount of one on its own needed to produce an effect will be higher than when both are combined.*

Synergy means one ingredient impacts the effects on another. Some ingredients improve absorption, metabolism, or effects of others—when these synergies exist, doses needed are typically lower (often much lower) than when one ingredient is given on its own.

Sometimes the ratio of two or more ingredients acts to amplify effects. When this is the case, while the absolute amount of the ingredients is important, it's the ratio that really matters. Inositols are an example. Combining myo-inositol and D-chiro-inositol at a ratio of 40:1—the physiological ratio—has promoted similar or better responses, at much lower doses, compared to giving myo-inositol alone.*

4. Pay attention to the initial responses and whether they change over time

In complexity science, it's understood that the body learns as it interacts with whatever it's being exposed to (e.g., dietary supplements, exercise, stress). This is the process of adaptation and can result in the response to something changing over time. This idea of adaptive responses contrasts with the tendency to assume that the same response will be sustained.

A sustained response means that if X occurs after 1 week, X will still be occurring months later. An adaptive response model recognizes that many things do not follow this pattern. Exercise is an example. Starting a new exercise routine will improve fitness. Continuing to follow the same exact routine month after month can result in a plateau, followed eventually by overtraining. But changing the routine, or taking time off (cycling) can result in sustained positive results.

Some dietary supplements can follow adaptive response patterns, with the initial positive effects decreasing (and occasionally going away entirely) over longer periods of time.* In general, adaptive responses are much more likely to occur at higher doses, and can often be prevented with lower dosing. It’s important to be alert for these types of responses when reviewing scientific literature because they impact dosing amounts and influence recommendations about cycling the ingredient.

Intensity and duration interact to produce adaptation. The more intense something is, the quicker we can “overtrain” to it.

The next consideration has to do with timing and body clocks. Our physiology has circadian biological rhythms. It’s great to optimize wakefulness capabilities and physiology at the beginning of our day; it wouldn’t be such a good idea to be doing this just before we plan on going to sleep.

At Neurohacker when we approach dosing, we think about timing. Does the ingredient or effect we are after have a rhythm? Do the nutrients we are considering have a timing window?

Some minerals, vitamins, and other nutrients (e.g., CoQ10, melatonin, OPCs) either have circadian rhythms or can elicit different responses depending upon when they are taken.*

6. Adjust dosing based on the desired effects

The last consideration is the intended effect(s). Some ingredients can have more than one physiological effect (or mechanism of action). A different dose might be needed depending upon the intended outcome or reason for including the ingredient. The doses needed to support a pathway or process, especially as part of a complex formulation, might be much different (i.e., lower) than the dose needed to influence other outcomes.

Complexity science teaches us that, rather than fixating on what’s being done, we should pay attention to how something responds. The real test of dosing decisions is about response. Responses for a group tend to follow bell curves (i.e., normal distributions). While many persons will cluster around the average, there can be outliers.

Returning to an example of exercise, an identical routine won’t affect everyone the exact same way. Most people will get a fairly similar benefit (i.e., they’ll be responders), but some people might get tremendous benefits…they’ll be super-responders. And still others, might not gain the expected benefits...they’ll be under-responders. Variations in response are an expected outcome—using a software analogy they are a feature not a bug—when one looks at the world through a lens of complexity science. When all our dosing principles are combined the goal is to maximize responders and super-responders, while minimizing under-responders.