The Neuroscience of Sleep: How Sleep Works and How to Get More of It 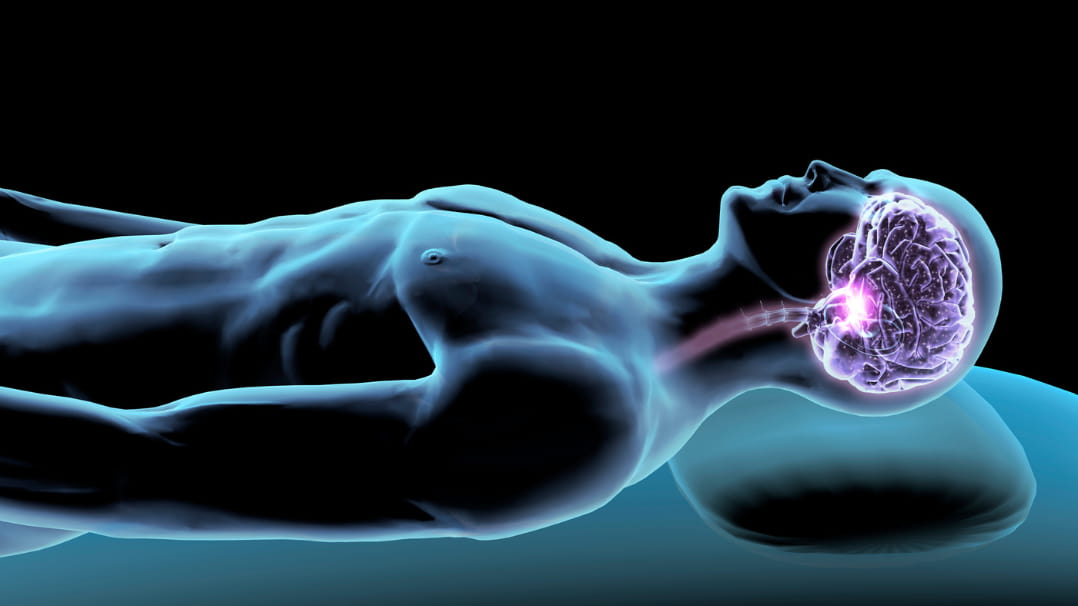 Sleep is, for many, the ultimate neurohack. Neurohackers track it and hack it. But even with all the sleep optimization tools available, quality Zzzs remain a challenge for many. Almost half of all Americans say they feel sleepy during the day and 35.2% of all adults in the U.S. report sleeping on average for less than seven hours per night.

Getting a good night’s sleep requires timing and precision of what to release, where in the brain to release it, and when to release it. In a nutshell: sleep isn’t simple. It’s a complex ensemble of multiple interacting molecules and pathways that are dependent on circadian rhythms and is strongly influenced by our behaviors, thoughts, and environment.

The good news is that the brain can effectively regulate all of these different factors with the right support. But in order to support the sleep process, we must first understand the neuroscience of sleep.

Sleep 101: The Neuroscience of Sleep

Sleep is a regulated process. The things that are most essential for survival and reproduction—activity, appetite, circadian rhythms, sex, temperature, thirst—are all controlled in a small part of the brain called the hypothalamus. The self-regulation of sleep means we don’t get to decide how much sleep we need: It is decided for us.

Sleep researchers use the “Two-Process Model Of Sleep Regulation” as a way to think about how the need for sleep builds during the day. The longer we have been awake, the greater the need to sleep becomes. This is called “homeostatic sleep drive” or “sleep load.” A circadian wake drive (sometimes called clock-dependent alerting) counters the growing physiological drive to sleep, allowing us to stay awake and alert until bedtime.

The stress system plays a large role in sleep, with the quality of sleep being influenced by stress and the hormones and messenger molecules we make in response (e.g., cortisol, epinephrine, norepinephrine). GABA (full name, gamma-aminobutyric acid) signaling is also very involved in sleep. GABA reduces neuronal excitability throughout the brain. It is important for promoting calmness and relaxation, decreasing stress, and inducing sleep.

When we do go to sleep, it is a time of work. While we are asleep, consciously unaware of our surroundings, the brain and body have lots of important jobs to do. Clean-up, detoxification, recovery, regeneration, and repair tasks are night jobs. Memory consolidation and dreaming also occur at night; they require brain work. This work, just like work during the day, takes cellular energy. The mitochondrial networks within cells that make this energy play an important, and overlooked role in sleep.

Sleep is a time of work. While we are asleep, consciously unaware of our surroundings, the brain and body have lots of important jobs to do.

One of the main priorities of the brain is to keep us safe, which is also work. This is a good thing, because, as the character, Melisandre from the Game of Thrones says, “The night is dark and full of terrors.” Hearing remains active during sleep. It’s for this safety reason that the brain will be more active in an unfamiliar environment (this is called the first-night effect and occurs commonly in a new hotel room) and less so when we are in an environment it has learned is safe, like our own bedroom.

And lastly, sleep is not a uniform state. There’s non-rapid eye movement (NREM) and rapid eye movement (REM or dreaming sleep). Within NREM there are different stages, with deep sleep being the most restorative (and the hardest to get enough of). The neurotransmitters needed to optimize one, can interfere with the other.

The Role of Melatonin and Lighting in Sleep Regulation

Melatonin is the key darkness time-keeping molecule humans use for signaling it's time for sleep. When there’s a large enough build up of “sleep load,”it only takes a little easing off of the “wake drive” for sleep to occur naturally. This easing-off is signaled by the nighttime increase in melatonin. In a simplified sense, the surge in melatonin tells the brain now's the time to finally experience the sleep load that's accumulated throughout the day.

While melatonin is often thought of, and typically described, as a sleep hormone, it is a darkness hormone—it’s produced at night in animals that sleep at night (like us) or are active at night (like many big cats and rodents). Instead of being a sleep-inducer, melatonin plays a vital time-keeping role, synchronizing sleep-wake cycles with other parts of physiology and with our environment.

While melatonin is often thought of, and typically described, as a sleep hormone, it is a darkness hormone—it’s produced at night whether an animal would normally be asleep or active at night.

Most of us achieve the best sleep results when our sleep and wake drives are synchronized to the sun's schedule, which is why lighting plays such a large role in sleep-wake rhythms. The most obvious circadian rhythm is the one that induces sleep at night, wakes us in the morning and keeps you alert and active during the day. This rhythm is strongly influenced by light and darkness. Nighttime bright light exposure, especially to certain colors (e.g., blue light) can interfere with the sleep-wake activity rhythm, suppressing melatonin production and keeping you up longer. Listen in as Dr. Molly Maloof describes the power of an evening routine, where we avoid nighttime light exposure, in a recent podcast entitled: The Science of Sleep.

Achieving restorative sleep is far more than just taking sleep-inducing herbs before bed or a dose of melatonin many times higher than what our brain naturally makes.

At Neurohacker Collective, we believe that achieving restorative sleep is far more than just taking sleep-inducing herbs before bed—hitting the GABA brake hard a bit before bedtime—or a dose of melatonin many times higher than what our brain naturally makes. Sleep that restores is the result of comprehensive support of the molecules and pathways that are involved in stress, relaxation, sleep load and circadian sleep-wake rhythms. These are the brain areas we focused on when developing Qualia Night.

The perfect night of sleep shouldn't feel like your white whale. We created the first “smart sleep supplement” to promote — not override — your body’s natural sleep processes.