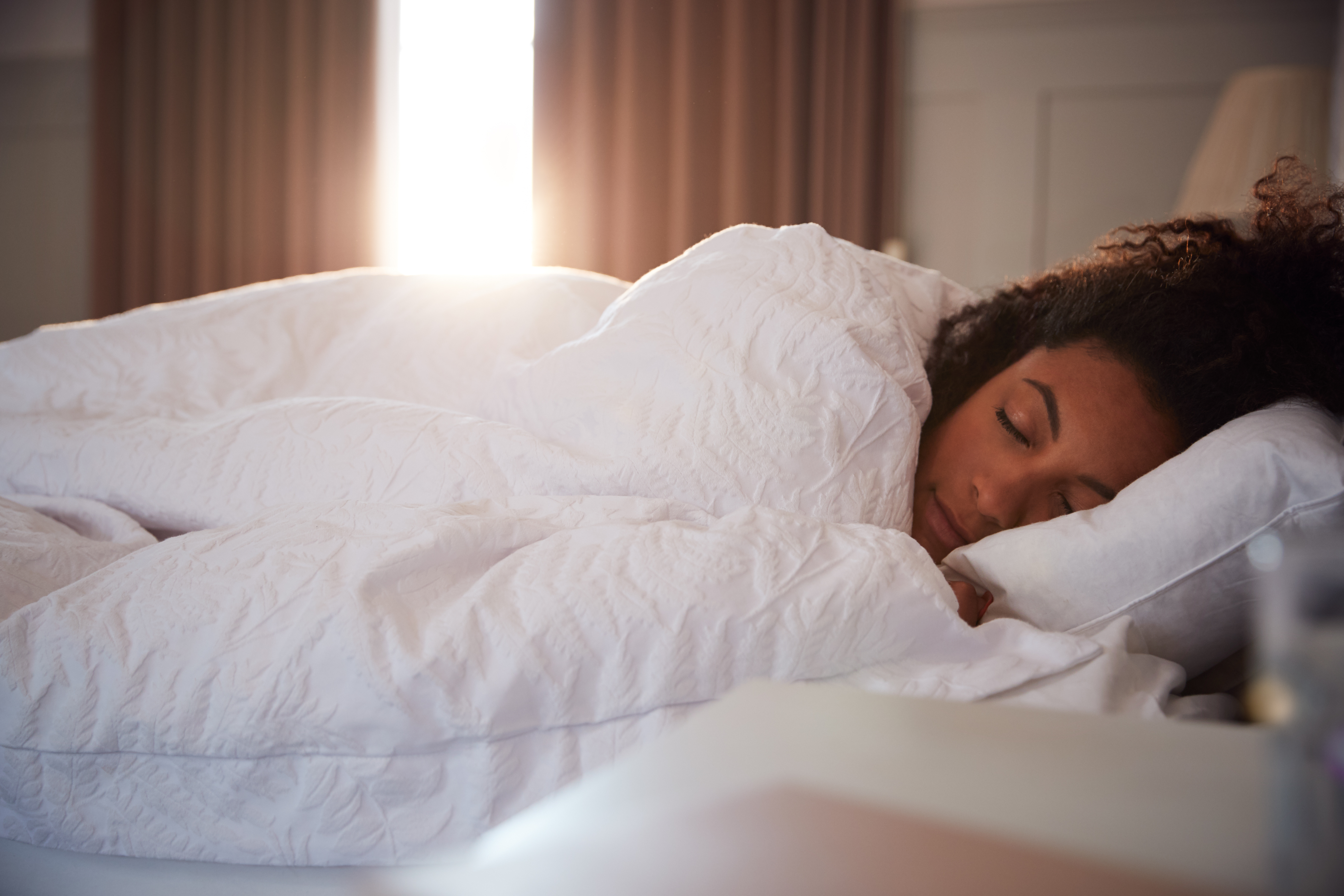 Discover how frequently people get sick with the common cold during spring & summer months.

Understand why protecting ourselves against colds might be especially important right now.

Learn about how the amount and quality of sleep we were getting before being exposed to a cold virus affects the odds of getting sick.

Find out about some options for tracking your sleep,

Why Is Cold (and Flu) Prevention Relevant to COVID-19?

Cold and flu season runs from about October to May. As I write this, on March 19, we are still in the midst of the time of year when getting sick from viruses that cause colds and flu is common. 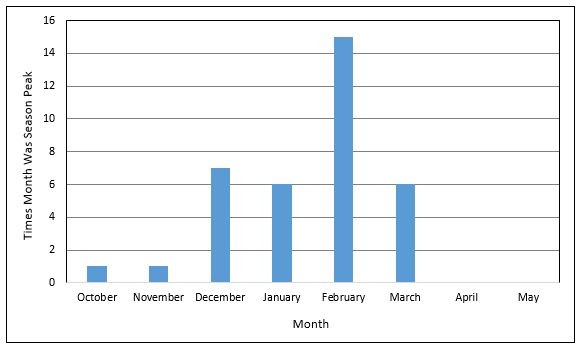 The symptoms of allergies, colds, and flu overlap with symptoms of COVID-19. This means many people could think they have the virus that causes COVID-19 ...but actually have upper respiratory symptoms being caused by something else.

While these percentages have historically trended lower in April, upper respiratory infections still occur throughout the warmer months. In the Gallup surveys, even during the summer months, between 2-3% of adults report having had a cold yesterday and about 1% report the flu.

Some of the symptoms of colds, flu, and the COVID-19 are similar*. The same is true for seasonal allergies, and we are now in the midst of allergy season in many parts of the country. This means that there’s potential for many people to be worried they have the virus that causes COVID-19, but actually have upper respiratory symptoms being caused by something else.

*To compare symptoms view the table towards the bottom of our COVID-19 INFORMATION AND RECOMMENDATIONS blog post.

In a recent Collective Insights podcast, Dr. John Mattison mentioned this confusion over symptoms: "What we're living with right now is somebody can come in with the same symptoms as COVID and have one of the other prevalent viruses. In fact, in countries that are doing massive testing like South Korea, what they've seen is there's a high proportion of people who are sick with an upper respiratory condition that do not have COVID.”

Preventing the common cold is always important for a few reasons. One, there’s an individual cost: the cold is unpleasant and affects productivity, so there’s always upside to not feeling under the weather with common cold symptoms. Two, the common cold has societal and economic costs.

But preventing the common cold might be especially important right now while the medical system is ramping up their ability to test everyone quickly and easily for the COVID-19 virus. Since cold symptoms overlap with COVID-19, reducing their spread may help lessen some of the demands on the medical system. And, most importantly, until there’s a way to be able to quickly and accurately assure people their symptoms are not being caused by the COVID-19 virus, we think it’s important to help as many people as possible from suffering from the uncertainty and stress that having similar symptoms may cause.

I’d prefer that none of my family and friends have symptoms that might cause them to be worried that they might have COVID-19. With everything else that is causing stress right now, that’s the last thing I want for them.

In general, getting good sleep supports healthy immune function. But one of the conclusions from the sleep research on the common cold is that being exposed to a cold virus will not automatically mean you’ll catch a cold or develop symptoms. The amount and quality of sleep in the week(s) before being exposed can make a big difference in susceptibility. Let’s look at some research.

In a study published in 2009, information on self-reported sleep was gathered in 153 healthy men and women for several weeks before the participants were exposed to the common cold virus. What happened? People who averaged less than seven hours of sleep were almost three times more likely to develop a cold than those who got eight hours or more of sleep. And the people with less efficient sleep (i.e., people with insomnia or other sleep issues that would cause them to be in bed but not getting good sleep) were five times more likely to get a cold compared to efficient sleepers. This study isn't alone.

A 2015 study measured sleep in 164 men and women for five days and then exposed them to the cold virus. People sleeping less than six hours a night prior to the virus exposure were more than four times as likely to develop a cold! In this study, while there was an increase in risk once sleep duration dropped to six to seven hours, the big jump in risk occurred once sleep duration was less than six hours.

The lead researcher of the study, Aric Prather, PhD, said, "Short sleep was more important than any other factor in predicting subjects' likelihood of catching cold ...It didn't matter how old people were, their stress levels, their race, education or income. It didn't matter if they were a smoker. With all those things taken into account, statistically sleep still carried the day."

Whether or not you have been getting enough sleep every night might be the difference between whether or not you'll get sick the next time you get exposed to viruses that cause the common cold.

What Do the Statistics Tell Us About Adult Sleep Amount and Quality?

The biohacking community is very aware of the importance of sleep. They track it and hack it. But sleep challenges ranging from neglecting sleep to sleep disorders are common in our society.

In recent health surveys about two of every ten adults report getting six or less hours of sleep. This six-hour cut-off is important because it was the number of hours of sleep where the odds of resisting the exposure to the cold virus shifted dramatically against us and in favor of the virus. The Sleep Cycle app website has a section on “Statistics this week,” which has an interactive chart showing how many hours people sleep in different countries, as well as a chart showing the number of minutes of snoring by age. As I’m writing this, 25% of adults in the US only averaged seven hours the past week (i.e., some increased risk of catching a cold if exposed), and about the expected 20% averaged six hours or less (i.e., very high risk of catching a cold if exposed).

Even when we are trying to get enough sleep, many of us have at least a few nights a week where we are unable to get quality sleep. As part of the National Sleep Foundation 2013 Bedroom Poll, only about one out of three adults replied “every night,” or “almost every night” in answer to the question, “Over the last 30 days, how often would you say, ‘I had a good night’s sleep’?” The largest group of respondents—more than four of ten—only had a good night’s sleep a few nights a week. And more than one in ten (13%) said they rarely or never had a good night's sleep.

The people who self-report an inability to frequently get a good night’s sleep usually have one or more sleep issues. Common sleep issues include trouble falling asleep (i.e., sleep onset insomnia), difficulty staying asleep (i.e., sleep maintenance insomnia), waking feeling unrefreshed, and sleep disorder breathing (SDB). It’s not surprising that only one in three adults surveyed almost always felt like they got a good night’s sleep. There are lots of adults with one or more of these sleep issues. Given that the research indicates that people with sleep issues were 5 times more likely to get a cold compared to efficient sleepers when exposed to a cold virus, it's also not surprising that, according to the CDC, adults average 2-3 colds a year.

Sleepiness during the day is a good indicator of whether or not a person is getting sufficient quality sleep to meet their individual needs. But the message from the National Sleep Foundation Sleep in America 2020 poll is that it’s the relatively rare adult that has a typical week with no daytime sleepiness. As part of the poll, participants were asked how often they felt sleepy during the daytime during a typical week. Just 16 percent responded that they didn’t feel sleepy on any days. By contrast, about half felt sleepy anywhere from three to seven days a week. The rest had at least one or two days a week they felt sleepy.

Most of us will be exposed to the common cold virus throughout the year. Getting enough quality sleep every night can shift the susceptibility odds in our favor. If you’re not allowing enough time for sleep, make it a priority to get more. If you feel sleepy during the day, and think you are getting enough sleep, track it and work on improving your sleep quality.

According to the National Sleep Foundation: ‘Without sufficient sleep, your body makes fewer cytokines, a type of protein that targets infection and inflammation, effectively creating an immune response. Cytokines are both produced and released during sleep, causing a double whammy if you skimp on shut-eye. Chronic sleep loss even makes the flu vaccine less effective by reducing your body’s ability to respond.

What Are Some Sleep Tracking Options?

There’s lots of good options for sleep tracking. Some of the biohackers I know are fans of using whoop straps or garmin fenix series watches for tracking sleep. But to keep things simple, I’ll stick to the things I’ve used over the past year, and have recent personal experience using.

The smartphone apps I’ve used the most are Sleep Cycle and Sleep Score. Both are available as free and for pay versions, with the free version being good enough for basic tracking. Even when I wear a watch or ring as a sleep tracker, I routinely use Sleep Cycle, because it reports the amount of time snoring. By tracking that, I’ve been able to identify a few types of meals that consistently result in more snoring.

For quite a while I wore my Apple watch in combination with the Autosleep app as a sleep tracker. I tried a few other popular sleep apps with the Apple watch, but found that I liked the information from Autosleep the best.

Similar to many other biohackers, I eventually moved to wearing an Oura ring as my main sleep tracking wearable.

All of these apps and wearables work when placed in airplane mode for people who want to minimize nearby EMF exposure during sleep.

Feedback is an important part of the process of improvement. Using a smartphone app or wearable device to track sleep can create a feedback loop that leads to better sleep.