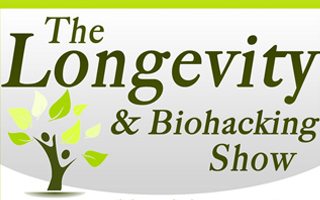 Daniel Schmachtenberger started out as a homeschooled kid in Fairfield, Iowa. After moving around as a kid, he came back to Fairfield to attend Maharishi University and while he was there he researched the epistemological frontier of neuroscience, delving deeply into integrative medicine as well as emergent neurotech tools and psychological techniques to optimize solutions on both sides of the mind/brain interface.

Now he’s the Director of R&D at Neurohacker Collective, and is here on the show to discuss the nootropic his company has released, and discuss how certain nutrients are able to help you increase the full capacity of your cognitive functions without declining in other areas of your self.

[2:35] How Daniel became a co-founder of Neurohacker Collective

[6:27] Why Daniel’s company started with a nootropic even though there’s others on the market already

[18:44] How Neurohacker Collective was able to come up with the dosages of nutrients in Qualia

[22:56] Is there a long-term concern for takers of Qualia