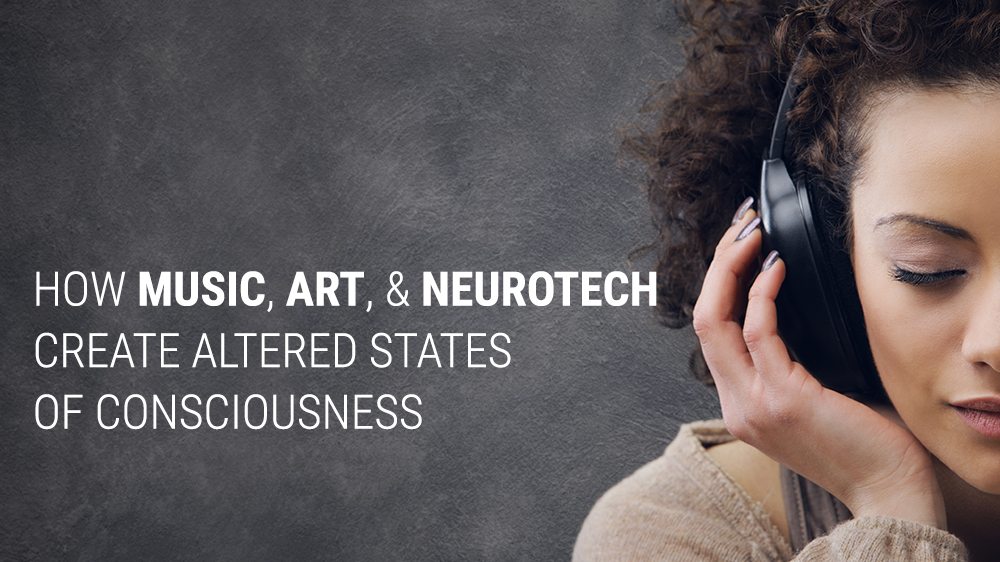 This is part 3 in a 3 part series exploring tools and practices reviewed in Stealing Fire, all designed to shift your state of consciousness and unlock new realms of human possibility. We’ve already covered ways to reprogram our psychology and tweak our neurobiology.

Technological innovation provides wider and safer access to altered states, at scale. We now have sound systems that entrance and entrain hundreds of thousands of people at once, immersive art that transforms waking reality into an interactive dream state, and neurotechnologies that tune the nervous system towards peak performance. 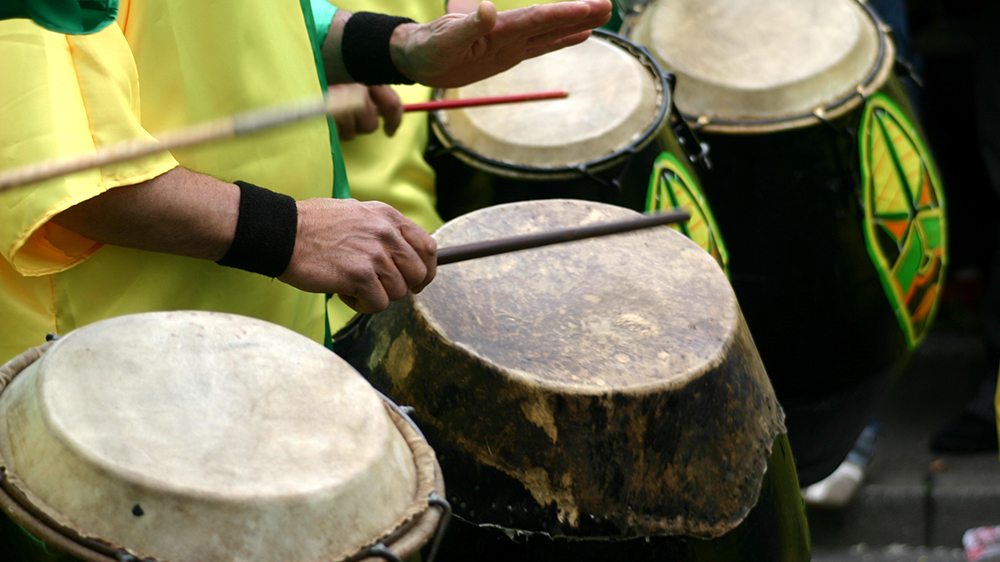 A primary function of music is collective and communal, whether it be ecstatic singing and dancing, drumming, chanting, or more recently, EDM. It brings and binds people together. One of the most dramatic effects of music’s power is the induction of trance states. Scientists working in the burgeoning field of neuro-musicology have begun using high-powered imaging to decode these effects. When listening to music, brainwaves move from the high-beta of normal waking consciousness down into the meditative (and trance-inducing) ranges of alpha and theta. At the same time, levels of stress hormones like norepinephrine and cortisol drop, while social bonding and reward chemicals like dopamine, endorphins, serotonin, and oxytocin spike. Add in entrainment - where people’s brains sync to both the beat and to the brains of those around them - and you’ve got a potent combination for communitas. 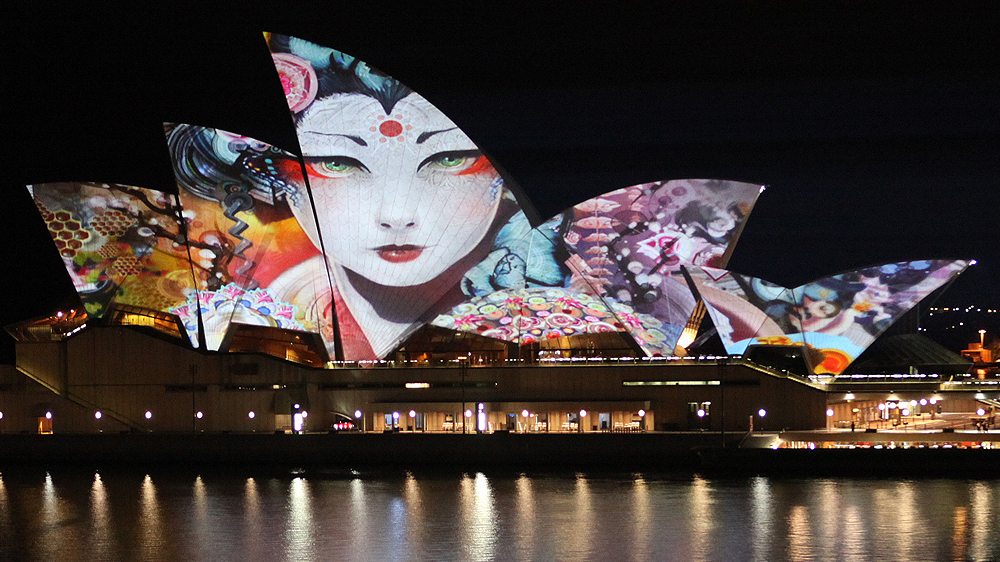 Art is moving off the canvas and out of museums and going digital, making it more accessible and interactive than ever before. One of the most prolific visual artists working at the intersection of visionary art and digital projection mapping today is Android Jones. He started by projecting his images on iconic buildings around the world, then moved to fully immersive 3D experiences by projecting images onto the smooth 360-degree canvas of an enclosed geodesic dome. Now he’s developing immersive VR games integrated with deep trance music, giving people a taste of realms outside of our conditioned world.  A 2012 Stanford study found that encounters with perceptual vastness, be it the endless spiral galaxies in the night sky or Jones’ larger-than-life projections, triggers a self-negating, time-dilating sense of awe. And it happens automatically - driving us into deeply altered states, willingly or not. 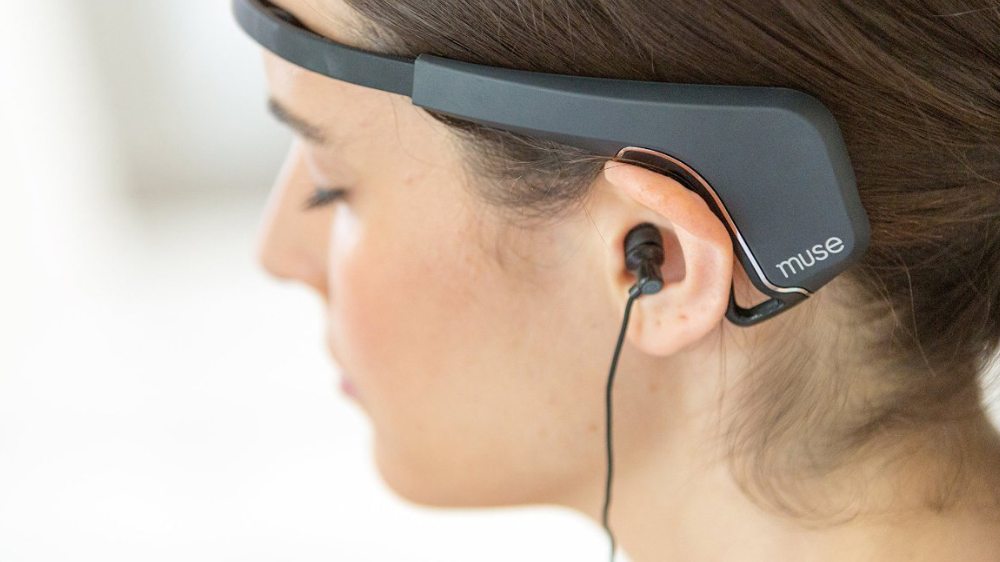 Advances in brain science and neurotechnology are making it possible to use devices to help us guide ourselves into non-ordinary states on demand, whether it be for creativity, learning, or calm. Tools like EEG brain monitors, cardiac coherence devices, ultrasound, sensory deprivation tanks, transcranial magnetic stimulation, and other wearable sensors, can measure biometrics or induce particular altered states.

Neuroscientists at DARPA and Advanced Brain Monitoring used neurofeedback to prompt ‘flow’ and found that soldiers solved complex problems and mastered new skills up to 490% faster than normal. The SEALS combined sensory deprivation tanks with neural and cardiac feedback loops, digital displays, and high-fidelity sound to accelerate learning. “By using the tanks to eliminate all distraction, entrain specific brainwaves, and regulate heart rate frequency, the SEALS are able to cut the time it takes to learn a foreign language from six months to six weeks.”

Check out the rest of this series: Using Sex, Psychology & Surfing to Reprogram Your Mind; How Shifting our Breathing, Posture, & Movement Increases Performance