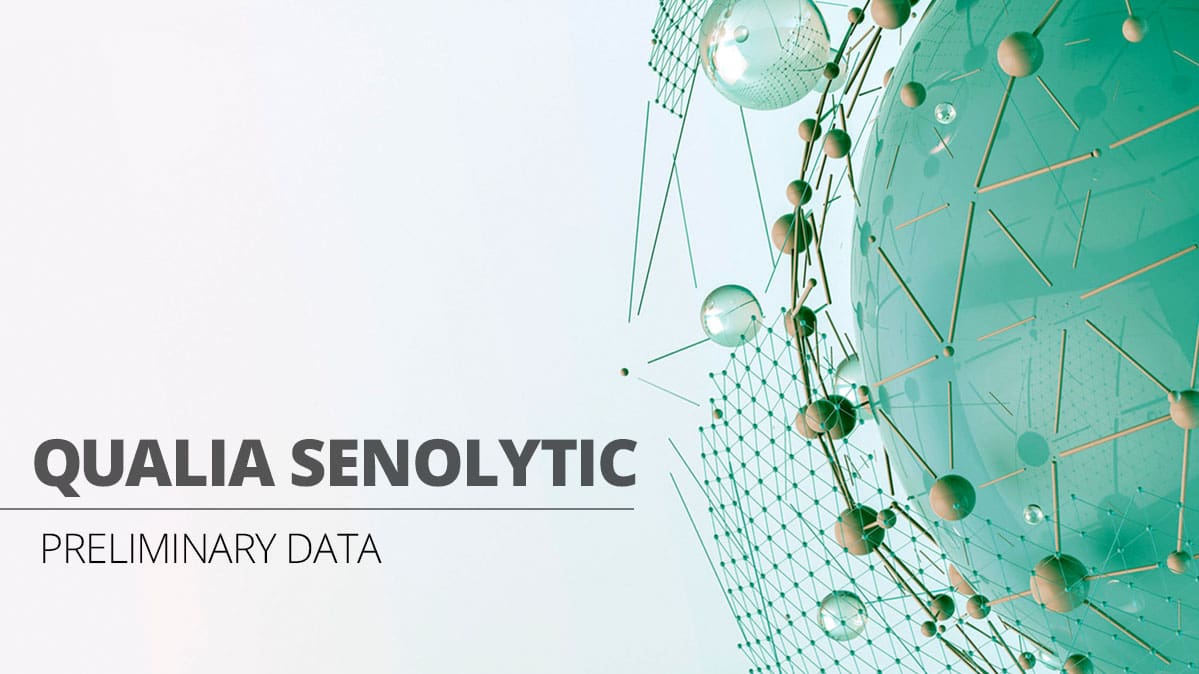 During the development of Qualia Senolytic, Neurohacker Collective put our newest healthy aging product to the test to find out how users would respond.†*

Why Did Neurohacker Collective Develop a Senolytic?

By our late 20’s, most of us will begin noticing changes caused by getting older. By our 40’s, we’ve gone beyond noticing …we are usually feeling the aging process. Scientists believe that part of the reason we experience aging the way we do is because of stressed or worn out cells called senescent cells.*

Senescent cells can accumulate in tissues during aging, because they are experts at surviving and great at hiding from strategies the body relies on to find and prune them away. Surviving and hiding is one thing, but it’s not the only thing. Senescent cells are often described as “zombie cells,” because like zombies in movies, not only do senescent cells linger, but they can also turn healthy cells into senescent cells.* Support for senescent cells is where senolytics come in.

Senolytics are at the leading edge of healthy aging research. The word “senolytic” is derived from the Latin words senex (=old) and lytic (=destroying). A senolytic is a substance designed to prune away senescent cells, making “room” in tissues for more youthful cells—promoting whole-body rejuvenation.* Qualia Senolytic was formulated to be a comprehensive senolytic formula: it contains a combination of nine vegan ingredients and is intended to offer powerful nutritional support for tissue rejuvenation and healthy physical function as we age.* But just how powerful?

How the Pilot Study Worked

Ten adults, ranging in age from 32 to 66 years old, consented to participate in the pilot study. All participants had at least a moderate degree of difficulty in comfortably performing a variety of activities of daily living.

The study was designed to have three dosing cycles. Each cycle was two days long. On both days, participants were asked to take six capsules. After taking six capsules a day for two days, there was a twelve day period with no supplementation, followed by the start of the next cycle. Because of this dosing schedule, participants took Qualia Senolytic for a total of six days over about one month.

Prior to beginning supplementation, and after each two-day dosing cycle, participants completed a questionnaire that asked about their ability to comfortably perform activities of daily living and experiences related to occasional stiffness.

Routine activities of daily living—bending over, getting up from sitting or into and out of things, household tasks, walking—can become more difficult to perform comfortably as we age. These types of activities are at the center of healthy physical function.

The average decrease in difficulty in performing a variety of activities of daily living for the group of participants was 51%.†* 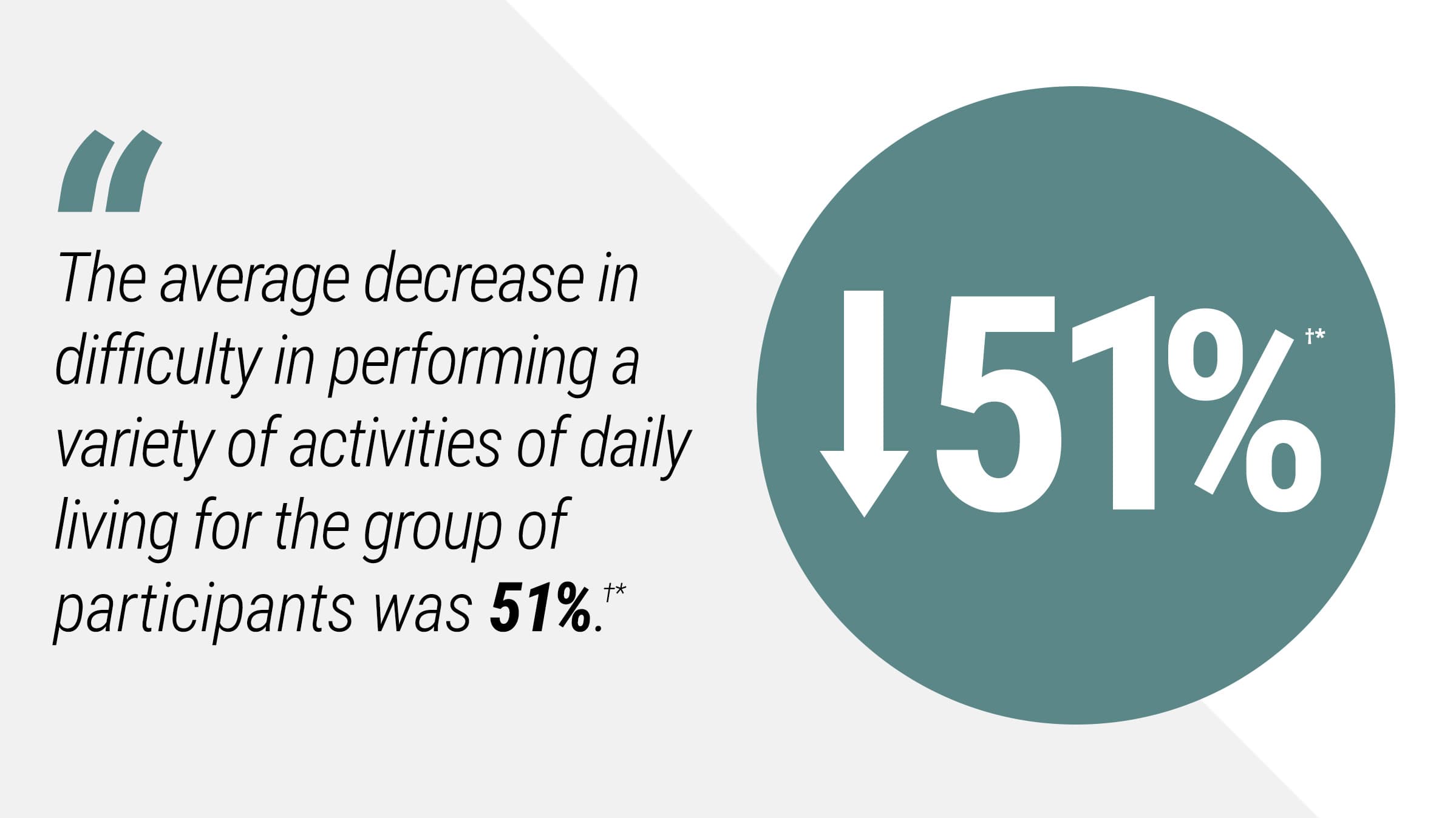 [Note: The participant who only completed two dosing cycles is not included in the 51% result, but had experienced a 48% decrease in difficulty in performing a variety of activities of daily living after two dosing cycles.†*]

Support for the occasional stiffness that can accompany aging†

It’s common to experience some degree of loss of flexibility as we get older. We may feel a bit stiffer in the morning, at other times during the day, or when we are performing routine activities.

Eight of nine (89%) participants who completed the three cycles reported a positive result compared to baseline scores, experiencing less of the occasional stiffness that can accompany aging after three two-day dosing cycles of Qualia Senolytic.†*

The average decrease in occasional stiffness scores for the group of participants was 53%.†* 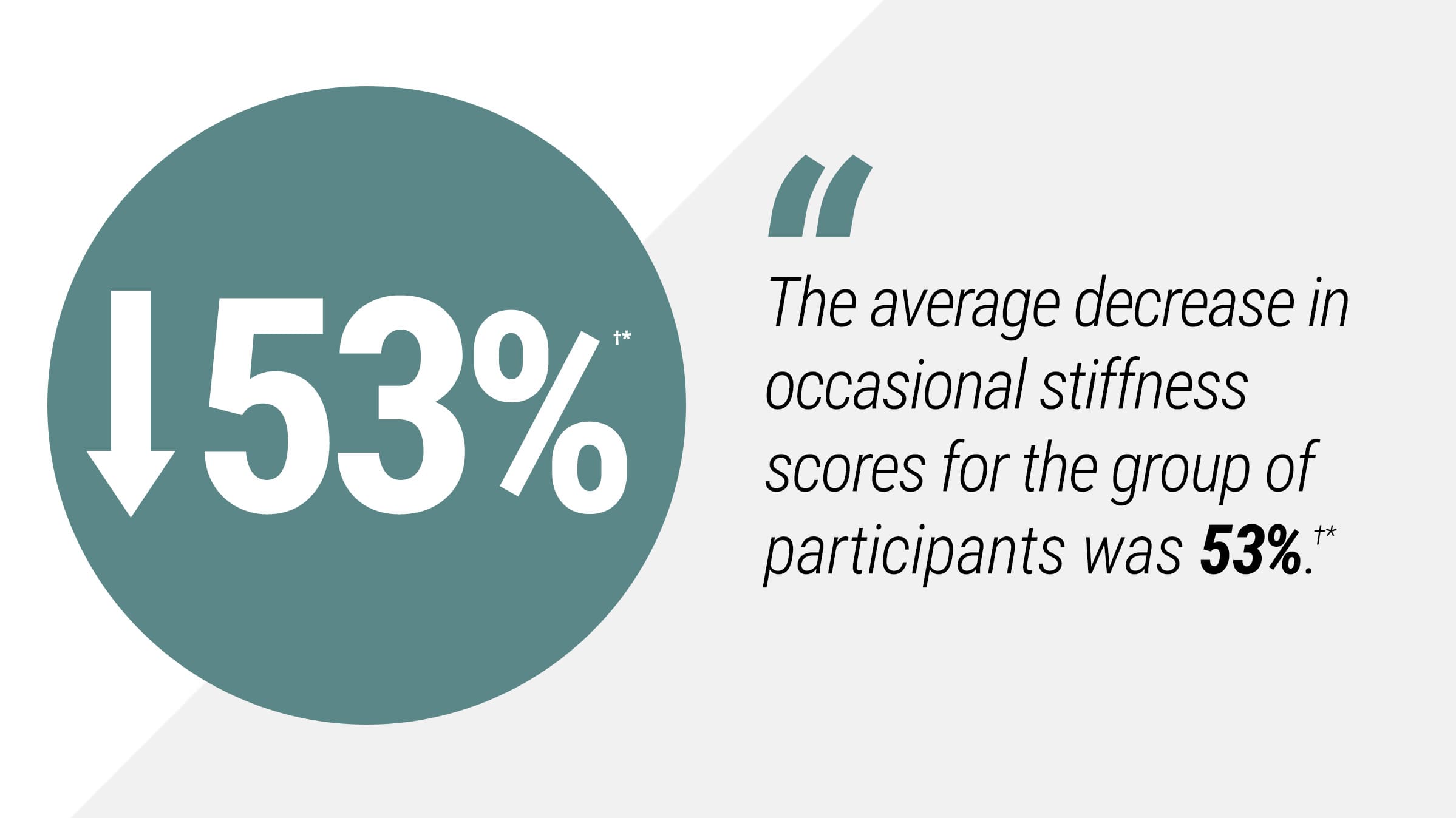 Disclaimer: These results are preliminary, only represent the experiences of these participants, and did not include a placebo group since this was a pilot study.

†Based on proprietary survey data.

*These statements have not been evaluated by the Food and Drug Administration. The products and information on this website are not intended to diagnose, treat, cure or prevent any disease. The information on this site is for educational purposes only and should not be considered medical advice. Please speak with an appropriate healthcare professional when evaluating any wellness related therapy. Please read the full medical disclaimer before taking any of the products offered on this site.