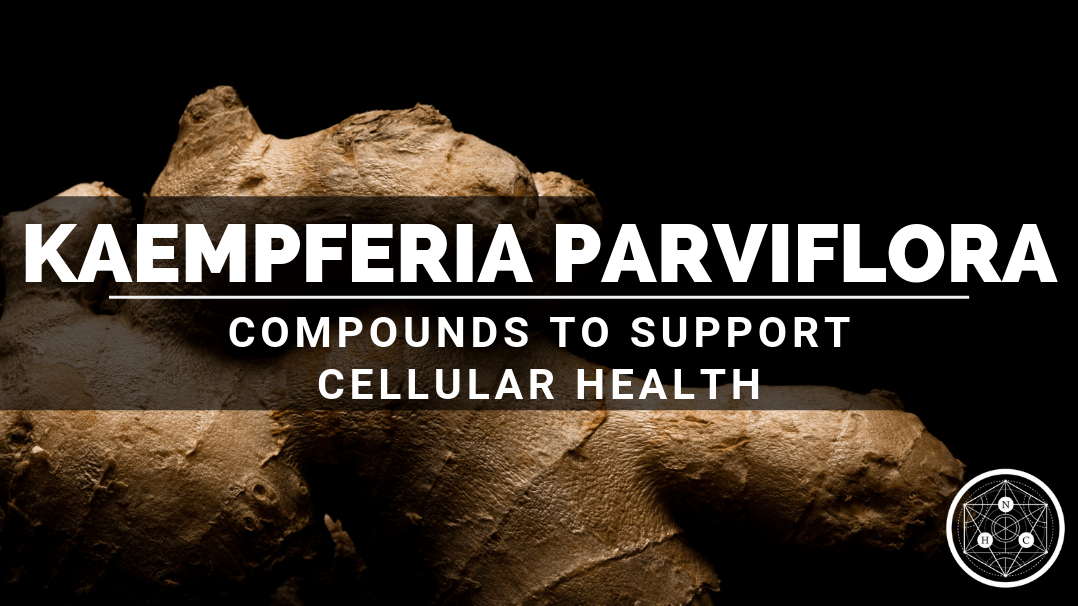 What is Kaempferia parviflora?

Kaempferia parviflora is found in the upper northeastern regions of Thailand. It is commonly called black ginger, because of the intense purple-black color and similar shape of the roots to ginger. The traditional use has been as a health tonic and energy enhancer leading to it sometimes being called “Thai ginseng.” The novel active constituents are polymethoxyflavonoids polyphenols.

We first got excited about this herb’s potential when we discovered a study suggesting the extract, as well as two of its polymethoxyflavonoids, were more potent than resveratrol in activating sirtuins. Sirtuins are important because they are one of the pathways that get activated and lead to many of the cellular health benefits seen during calorie restriction.* Since upregulating sirtuins was part of the design criteria for Qualia Life, this led us to find out everything we could about this black ginger.

After reviewing the research, it was clear that Kaempferia parviflora would be a great fit. Like quite a few of the ingredients, it supports many interconnected aspects of cellular and mitochondrial performance. These include support for: antioxidant defenses; protection against health-damaging glycation products; mitochondrial function (e.g., biogenesis, β-oxidation, mild uncoupling, ATP production); regulation cell signaling pathways (e.g., AMPK, Nrf-1, PGC-1α & sirtuins); and insulin signaling response.*

These cellular and mitochondrial functions are a means to an end. We care about them because of what enhancement in these pathways and processes result in at a tissue and whole body level. This is an area where Kaempferia parviflora shines. At these big picture whole system levels it has upregulated muscle performance, especially the areas that tend to decline with aging, including neuromuscular strength, balance, and gait speed.*

At these big picture whole system levels it has upregulated muscle performance, especially the areas that tend to decline with aging, including neuromuscular strength, balance, and gait speed.*

We have selected to dose this at an amount that is within the studied range in humans and would consider it to follow similar dosing principles as herbal adaptogens. We opted for the branded Sirtmax® Kaempferia parviflora extract because it has been used in animal and human research studies, and contains the highest concentration, full-spectrum root extract, with double standardization for 5,7-dimethoxyflavone (≥ 4%) along with five Kaempferia parviflora polymethoxyflavonoids (≥ 15%).

Sirtmax® is a registered trademark of Tokiwa Phytochemical Co., Ltd.