Supplement Police: Is Qualia the Top Nootropic for Cognitive Enhancement? 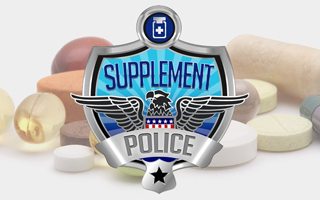 Supplement Police is a “rank and review” nutritional supplement website. They base their reviews off 6 elements they believe will tell you whether the product you’re searching for will be a worthwhile investment.

They’ve taken the time to review Qualia, and we’re pleased with their assessment!

“Qualia is a premium-priced nootropic with a premium-list of ingredients. With dozens of proven ingredients in its two-step formula, Qualia appears to work as advertised to deliver a wide range of cognitive benefits directly into your brain. You may be able to buy the ingredients separately for a cheaper price. But the fact that Qualia has combined everything into one stack may make it more convenient for you.

Ultimately, Qualia is available online today and promises to boost all different parts of your cognition, emotional health, and physiology.”

They did make an error in their review concerning the amount of caffeine used, which we’d like to clarify:

Our product contains 209mg of PURENERGY®, a co-crystal that combines caffeine with pTeroPure® (patented authentic pterostilbene used in clinical studies and the only material licensed for high-dose application in dietary supplements.)

Pterostilbene is a compound structurally similar to resveratrol and can also be found in grapes, blueberries, and other small fruits, as well as the bark of some trees.

When caffeine and pterostilbene are bound together, they produce synergistic effects. According to a recent study:

It may also supply a number of other health benefits, like heart health, cognitive function, and athletic performance.

The PURENERGY® blend in Qualia is 209mg per dose, and that breaks down to 90mg of caffeine (about the amount in a cup of black tea) and 119mg pterostilbene.

We chose to include caffeine in Qualia because it acts as a potentiator for the primary active ingredients in our blend. We wanted caffeine in a form that had better peak plasma time. The crystallized form we use produces longer lasting effects than caffeine alone, and allows less mg of caffeine to have a more significant effect with less crash more sustainably.

Another piece of confusion is whether or not we actually are responsible for the formulation of Qualia. The answer is yes! We have taken a novel approach to nootropics and cognitive enhancement, which is one of our key differentiators from other things on the market. We formulate and handle all the QC and just use a contract manufacturer for assembly.