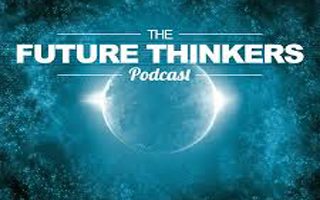 Daniel heads over to the Future Thinkers Podcast for the second time to dive into broad spectrum cognitive enhancement. They go into the three main areas that Qualia was designed to enhance, which are cognitive, psycho-effective, and physiological, and how each of those areas are interconnected.

This is the second time we have Daniel Schmachtenberger on the podcast.

Last time we talked to Daniel about complex global systems and the phase shift humanity might be going into. This time, we talk to him about neurohacking.

Neurohacking is any kind of technology, tool or technique for improving our psychological or neurological functions. In the ancient times, this involved things like meditation, sweat lodges, and psychedelics. In the modern times, neurohacking draws from several fields like biological psychology, epigenetics, bio/neurofeedback, and psychopharmacology (like smart drugs). People can use these tools and techniques to increase mental performance, decrease anxiety, regulate sleep, and to produce meaningful states of consciousness.

The tools of neurohacking can be biochemical; such as vitamins, supplements, herbs, drugs and nootropics. They can be technological, such as the EEG Neurofeedback, transcranial lasers, magnets and ultrasound. They can also simply be techniques like meditation and other physical or mental exercises.

However, before getting into serious neurohacking, it’s important to have a stable starting point. The fundamental factors of getting good sleep, eating healthy food, and getting enough exercise cannot be overlooked. This can be seen as the base layer of neurohacking.

On top of general optimizations done to the cognitive functions and the body, certain neurohacking techniques can also kickstart the process of neurogenesis, which is the formation of new neurons.

After trying Qualia ourselves, we decided to arrange a special deal for our listeners who also wanted to give it a try. When you get an ongoing subscription to Qualia at Neurohacker.com, just use the code FUTURE to get 10% off.

“Supporting the system’s own regulatory processes doing what they do better, as opposed to trying to override them, is a key distinction in how we should approach the tech interface with the body.” – Daniel Schmachtenberger

Sleep is a 1/3 of your life, but it's 90% of the repair that happens to your physiology. CLICK TO TWEET

Daniel helped co-found the Neurohacker Collective, specifically focused on the research and product development process. In addition to his central interests related to social systems, he has had a long term interest in integrative medicine and human health.

Daniel is a founding member of The Consilience Project, aimed at improving public sensemaking and dialogue.

The throughline of his interests has to do with ways of improving the health and development of individuals and society, with a virtuous relationship between the two as a goal.

Towards these ends, he’s had particular interest in the topics of catastrophic and existential risk, civilization and institutional decay and collapse as well as progress, collective action problems, social organization theories, and the relevant domains in philosophy and science.

Motivated by the belief that advancing collective intelligence and capacity is foundational to the integrity of any civilization, and necessary to address the unique risks we currently face given the intersection of globalization and exponential technology, he has spoken publicly on many of these topics, hoping to popularize and deepen important conversations and engage more people in working towards their solutions. Many of these can be found here.