Psychobiotics: Bacteria to Brighten your Mood 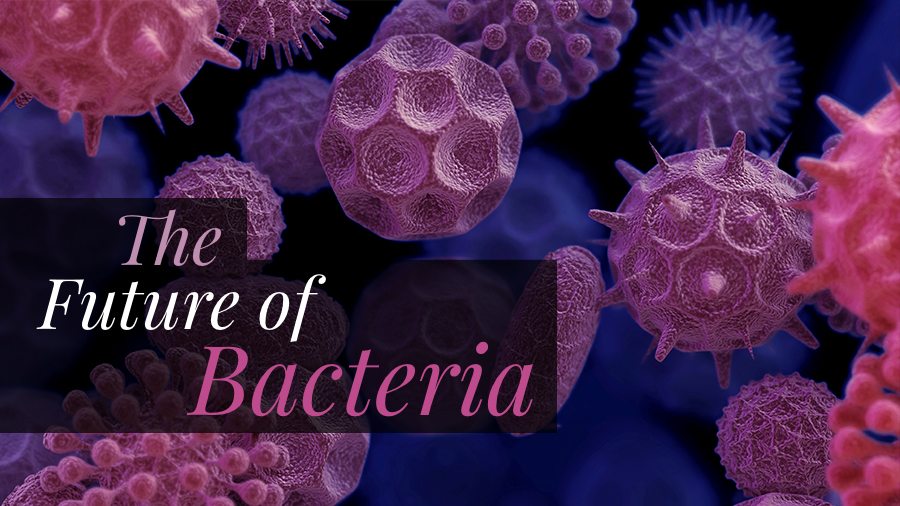 Just about every civilization throughout history has practiced some form of neurohacking - deliberately upgrading their physiologies to positively affect their mind and psyche. The consumption of probiotic rich and fermented foods, for example, goes back over 10,000 years.

Today, the emerging field of human microbiome research has indicated that gut microbiota may play an important role in influencing brain development, behavior, and mood in humans.

Scientists have coined the term “psychobiotics” to describe a class of probiotics that when ingested in adequate amounts, produce mental health benefits. These bacteria are being explored as treatments mental health disorders and improving overall mood.

Scientists have coined the term “psychobiotics” to describe a class of probiotics that when ingested in adequate amounts, produce mental health benefits.

Bacteria to Boost Your Mood

Who would think that a heaping dose of raw sauerkraut, kimchi, or yogurt on a regular basis could decrease anxiety, reduce stress in our lives, and improve our overall state of mind?

Probiotic rich and fermented foods and beverages go way back. The exact origins are lost to the annals of time, but Neolithic vessels point to intentional fermentation of fruit, rice, or honey beverages being a common practice 10,000 years ago [1]. Kefir is attributed to herdsmen of the North Caucasus mountains around 8000 B.C, who discovered fermented milk when it naturally curdled in the animal pouches it was stored in. Sauerkraut is thought to have originated 2,000 years ago in China among the Mongols, then later introduced to Europe by migrating tribes.

Beyond the palatability and preservative potential, we know fermentation confers a number of health benefits. The process increases the bioavailability of nutrients. Fermented foods contain beneficial microbes that aid in digestion and promote the growth of healthy gut flora. But can these bacteria also affect mood? The emerging field of human microbiome research might provide some clues.

The ‘microbiome’ is the term for the vast ecology of resident microorganisms that live in symbiotic relationship with us, their host. In a sense, human beings are a synergistic colony, having co-evolved with these bacteria. There are genes in the microbiome that are required to code foundational parts of human physiology that are not part of our genome. Meaning, our genome alone is not adequate for running a human. The genome & microbiome *together* contain all the genes necessary for all of our protein synthesis. A healthy microbiome is like an extension of the genome that was part of our evolutionary hereditary development, making it a fundamental part of being human. Our gut is home to around 100 trillion of these bacteria, outnumbering our own human body cells 10:1. And research is starting to show that gut microbiota may play an important role in influencing brain development, behavior, and mood in humans.

A healthy microbiome is like an extension of the genome that was part of our evolutionary hereditary development, making it a fundamental part of being human.

It turns out that bacteria have the capacity to generate many neurotransmitters and neuromodulators found in the brain, like GABA, norepinephrine, 5HT, dopamine, and acetylcholine. They can deliver these neuroactive substances to the brain via the gut-brain axis, a bi-directional communication network between the gut and brain. Established pathways of gut–brain communication include the autonomic and enteric nervous system (ENS), the neuroendocrine system, the metabolic system, and the immune system.

Dysfunction in the gut-brain axis and disruptions to gut health have been linked to psychiatric conditions like anxiety, depression, autism spectrum disorder, schizophrenia and neurodegenerative disorders. [2]. In the modern world, we have reason to be concerned. Disruption to the balance of gut bacteria (called dysbiosis) is commonplace due to the use of antibiotics, medication exposures, poor food and water quality, artificial preservatives, gluten, herbicides, stress, and infection. [5, 6, 7, 8]

Can we re-inoculate bacteria into the gut that could positively affect mental and emotional health?

Enter: Psychobiotics. Considered a class of probiotic, psychobiotics are microorganisms that when ingested in adequate amounts, produce mental health benefits. Early research in animal studies have shown behavioral changes resulting from exposure to bacterial strains such as Bifidobacterium and Lactobacillus. A published study by John Cryan, a neuroscientist at University College Cork in Ireland, found two varieties of Bifidobacterium produced by his lab were more effective than escitalopram (Lexapro) at treating anxious and depressive behavior in a lab mouse strain known for pathological anxiety. [3].

To date, there is a limited amount of human research, but there is evidence of a link between microbiota and emotional processing. In one study, healthy female volunteers consumed a fermented milk product with a mixture of probiotics, including Bifidobacterium animalis, Streptococcus thermophilus, Lactobacillus bulgaricus, and Lactococcus lactis for 4 weeks. Results showed that probiotic consumption influenced brain activity in regions that control central processing of emotion and sensation. [4].

We need more human clinical trials to really explore the possibilities, and we can look forward to the neuroscience of the future understanding why certain bacteria produce positive mental effects while others do not. Perhaps as the world of microbiome-based medicine expands, we may find that psychobiotics will be used instead of Prozac, and that custom psychobiotic cocktails will be just another tool for promoting psychological well-being.

Sarah Levine (otherwise known as Salix Roots) is a teacher, artist, and activist in the emerging field of Ecopsychology. She is bridging the connections between human consciousness and the natural world through her work as an author, researcher, and through directly working with plant medicines as an herbalist, forager, and mixologist. She is interested in inoculating culture with beneficial ideas and creative actions that can help humanity move towards a more balanced, healthy, ecologically informed, and regenerative world.

A History of Psychobiotics